Sports DSA – what has been your experience? 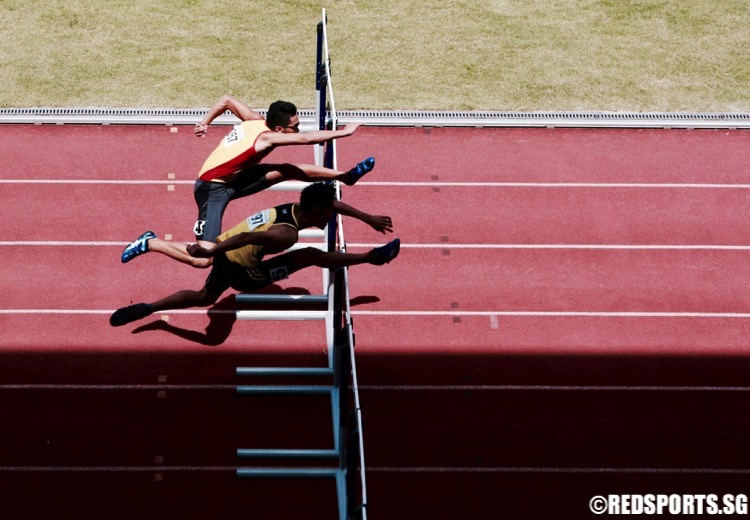 Every year, some secondary schools and junior colleges in Singapore take in students who have an aptitude for sport in an exercise known as the Direct School Admission (DSA).

This DSA exercise has given students with athletic ability educational opportunities they otherwise may not have gotten.

What has been your experience as a student-athlete, parent, or coach?

Do share with us so that others can learn from your experience and have a realistic view of DSA.

If you have a question about DSA, please leave it in the comments section below and perhaps someone will answer it for you.

DSA Student-Athlete, 23: “I DSA-ed into a SAP school and my aggregate score was way off around 30 points. I had a really hard time coping and catching up with my peers. I was failing most of my subjects and passing only 1 or 2 out of 8 subjects up till Secondary 3 that I had to retain a year. I always had additional classes because I couldn’t catch up.Also, with training, I spent most of my time in school and was really exhausted.”

DSA Student-Athlete, 13: “I entered the school with my PSLE aggregate points below average but am now coping well after I DSA-ed into HCI. The DSA is a huge commitment so be prepared to challenge yourself.”

DSA Student-Athlete, 15: “It’s a whole different world and I’m grateful for it because the environment and atmosphere is much more conducive than it would be in the schools in my neighbourhood. But sometimes it’s really difficult to keep up because there are the people who are naturally gifted or somehow do so much better, so it’s key to believe in yourself and work hard; don’t let others push you down.”

DSA Student-Athlete, 16: “I am a netballer DSA student and I was always so tired juggling competition and training and studies all at once. People always have the perception that being a DSA student means I do not have to train in my CCA and it will come naturally. However, hard work always beats talent and I always remind myself that I have to excel in both the sport and academics to set a brighter future for myself. I graduated secondary school with 7 points despite entering secondary school with a 201 aggregate and I managed to DSA to my dream JC.”

DSA Student-Athlete, 17: “I DSA-ed into a good school with an average PSLE score, but when I went into the school, I was lacking behind in studies and I always felt tired in class because of the exhausting trainings I have in school.

“In order to get promoted, I studied very hard. My teachers were always concerned that training caused me to lack behind in studies so they stayed back to help me by answering my questions.

“Whenever I had free time, I revised by myself and sometimes with my teachers. I graduated with an average O level score and now I am doing very well in my further education.

“You have to have good time management. Work hard, play hard. When I am training, I give my best. When I am not training, I study hard to catch up with my studies. It is a two-way commitment – as much as your teachers are willing and caring enough to help you, you have to help yourself by doing your work and revision.”

DSA Student Athlete, 18: “I DSAed into my JC 2 years ago and although I did eventually make the grade required to enter my school, the acceptance letter in July took a lot of weight off my shoulders for O Levels.

“With the lessened stress, it did not necessarily translate to complacency and weaker studies. Rather, preparing for O Levels with personal pride rather than the fear for my future in mind allowed me to enjoy the O Level revision period as more as a challenge to succeed.

“I have friends who could only get into their JCs via DSA, and their current academic situations are mixed, but generally it all comes down to attitude. If your child is the kind to strive, then entering a better JC can provide a more competitive academic culture which certain helps push him/her towards better academics. Otherwise, he/she may merely be discouraged by the initial gulf in studies and hang out with the mischievous crowd.”

DSA Student-Athlete, 18: “I was from an IP school but I transferred into another IP school in JC via DSA. I would advise one not to DSA unless one is very sure about the commitment and interest level needed for that sport.

“After I DSAed, I realised that there were so many other sports in JC that I’ve never tried before, and that I would love to try. So I definitely regretted slightly, because I could’ve just stayed in my initial IP school for JC and joined the sport I wanted.”

School Sports Coach, 76: “DSA doesn’t mean you can get complacent in your studies. At the end of the day, you can’t DSA into the poly or uni course you want, and you’ll have to rely on your grades. You can’t DSA into a job unless of course you’re going to be a coach. My advice is that you DSA to a school you know you’re capable of fitting in academically such that it is a backup plan because after all we do have some rainy days.”

DSA Student-Athlete, 20: “Being a DSA student athlete was tough, but to me, it was a challenge I wasn’t going to fail. 40+ points away from the school cut off, resulting in grades that was below average, doesn’t stop me from giving my best in sports and studies.

“My secondary school is one of the top in the neighborhood. In school, those who DSA-ed were always in the bottom few classes. Despite busy training schedules, I tried my best to keep up with school’s syllabus. There were times my teachers doubted my capabilities, they wanted me to drop subjects or retain in my upper secondary years. However, that pushed me to study harder.

“Together with the rest who DSA-ed and also the helpful ones in class, I was one of the most improved students for O Levels, scoring 9 points. Many of the DSA student athletes did well, and all of us in fact scored below 20, eligible to go to a JC.

DSA Student-Athlete, 21: “I was a student athlete and used the DSA system to enroll in one of the best secondary school that excelled in both studies and sports. However, I wasn’t the brightest and was about 30-40 points away from the actual cut-off point. I also didn’t do well in my O levels (it was hitting the 30 points for my L1R5 and had to retake it.

“Now for most who have read what I have described above may think, ‘See? DSA is a flawed system that places academically challenged students in the flock of the elites, and to only suffer at the end of the day.’

“However, I beg to differ, as through this ‘flawed system’, schools ACCEPTED me and allowed me to challenge myself both academically and in sports. Blaming this system is just shoving the blame elsewhere but the inherent problem is me and me alone.

“At the end of the day, I was able to do much better in my 2nd O levels (though not fantastic) and was still able to use the DSA system AGAIN to enroll in one of the top 2 junior colleges in Singapore.

“It is you who define yourself and not the system.”

DSA Student-Athlete, 16: “Getting through the DSA trials won’t be easy, but if you do get in, do not take for granted and assume that just because you are in that particular school means that you don’t have to put in hard work. After all, nobody will remember how well you did for the trials, but rather how well you do in your studies and competitions.

“Also, we are all student athletes and there are reasons why the word ‘student’ comes before the word ‘athlete’ because it is only when we can manage our studies can we be allowed to represent our school.

“Just to share a little more on my DSA story, I entered the school of my choice via the DSA scheme even though my PSLE results were unsatisfactory. However, my teachers assured me that I can still do well if I am willing to work hard. Thus I heeded their advice, and today I am able to effectively balance between my studies and my CCA commitments.

“Before I end off, I would just like to say that as long as you believe that you can, you can 🙂 All the best!!”

Parent of DSA Student-Athlete, 48: “It is important to know your child and what level he is academically. If the child is one who is scoring about 50-60 for his tests and exams, be careful about accepting DSA from schools which have a regular cut off point of 260+. Ask yourself whether the child will be out of place in such an academically competitive school?

“If your child is scoring regularly in his 90s for all his subject, he will be but barely making the grade in these elite schools, where kids get near full marks, and some even cry when they get 99. Not an urban myth, mind you.

“Expecting your child to suddenly become a 95% student when he is a 55-60% student all his life, just by immersing him in a competitive environment, is very detrimental for the child’s self-esteem. And there have been cases when the child had to drop out of the elite school because he was falling too far behind, and they did not want to include him in their statistics.”

DSA Student-Athlete, 17: “In some schools, you might be looked down upon as a DSA student, but after awhile it’ll be alright as they will not classify you as a DSA student. I’ve been using DSA from primary to secondary to JC. I would say it’s an express train, just that you have to drive that train properly.”

School Sports Coach, 31: “Every year, I would help my girls to carefully select their Sec school choices for DSA. We would usually look at their academic, background and inner thoughts before making a collective decision.

“I have seen how DSA allows competitive athletes to have a shot at the good schools. It is definitely a good thing to show that Singapore is not just all about academic results only.

“Usually, a top athlete will have a lot of discipline which can be easily transferred to their studies. I have seen students with a PSLE score of 198, excelling at top schools. It’s all about hard work and discipline.”