“Prepare the child for the path, not the path for the child” — Stephan Widmer 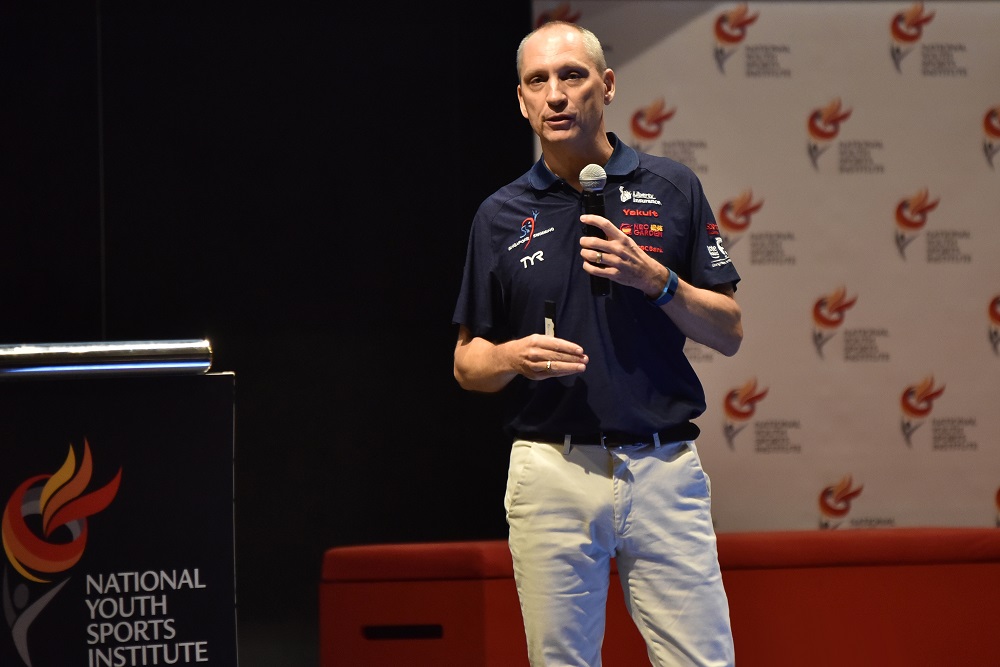 Lifelong Learning Institute, Saturday, February 3, 2018 — “Prepare the child for the path, not the path for the child,” said Widmer to sports parents on the second day of the National Youth Sports Institute (NYSI) Youth Coaching Conference.

However, the National Head Coach and Performance Director of the Singapore Swimming Association, urged parents to “help your child see him or herself as a whole person, not just an athlete”.

He urged parents to avoid the trap of doing everything for their child.

“Teach them to deal with their own emotions, solve their own problems, and how to talk to authority figures. Prepare them for their own life,” said Widmer.

Widmer also emphasised the need to take a long term view when it came to developing a swimmer.

He urged parents to take a balanced approach, and that “early success does not guarantee future success”.

It was more important for parents to give their children a multi-sport experience in their growing up years, according to Widmer.

And the four most powerful words you can say to your child?

“I love watching you,” said Widmer.

“Do you know why it is so powerful? Because it is non-judgemental.”