Is it possible to juggle sports and studies at Singapore universities? 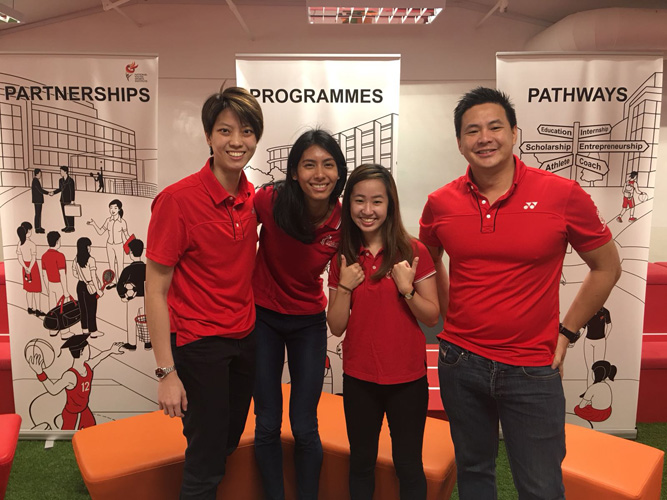 NYSI Satellite @ Kallang, Saturday, 24 February 2018 — When Dipna Lim-Prasad finally broke the 43-year-old 400-metres women’s national record last year at the Southeast Asian Games in Kuala Lumpur, it was the culmination of years of immense hard work as she struggled to juggle the demands of school with training.

On Saturday, more than 30 aspiring student-athletes gathered at National Youth Sport Institute Sports Education Huddle to listen to Dipna share her experience of studying for her Sport Science and Management degree at Nanyang Technological University while training and representing Singapore at the various international meets.

“I remember just being so exhausted all the time,” said Dipna, who graduated in 2014. “I knew it was just something I needed to do. I also enjoyed my classes because I was interested in the subjects and it was a win-win because I could apply it to my sport.”

Dipna is among the national athletes who have managed to find a way to navigate the local university system while training and competing. While universities in Singapore still generally lack the athlete-centric culture in American colleges, they have over the last few years begun to help student-athletes with scholarships, extended deadlines and flexible test schedules.

“I found this huddle effective because it gave me a deep insight into university life together with the integration of sports,” said Dharini, who studied at Yishun Junior College. “It guided me well because I’m now well aware of my options and uni life. Furthermore, the open conversations with people here created a good environment and were very engaging!” 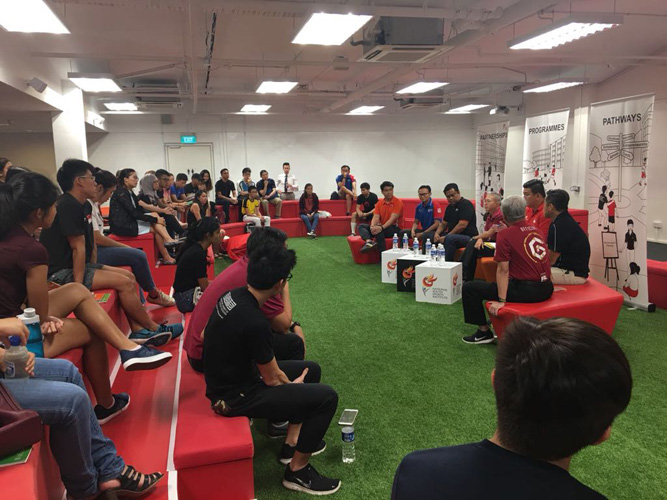 Held a day after the A-level results were announced, the event is aimed at helping prospective university student-athletes find out more about furthering their education locally.

“You’re not missing out much if you decide to go overseas or study local,” said Mark. “The daily training environment today is far superior than that of 20 years ago when I was studying. What matters is to get into a program which you know is going to support you through your athletic endeavours and give you the necessary skills and credentials to fulfil your career aspirations.”

Mark, who is Team Singapore’s chef de mission for this year’s Commonwealth Games in Australia’s Gold Coast, attended Brigham Young University in the United States on academic and athletic scholarships. He is now director of three private education institutions in Singapore, including International Sports Academy, which works with Edith Cowan University to offer its renowned Sports and Exercise Science program here.

“You only have a small window to fulfil your athletic aspirations,” Mark said. “Seize the opportunity and decide on a program or environment which best enables you to pursue your athletic ambitions.” 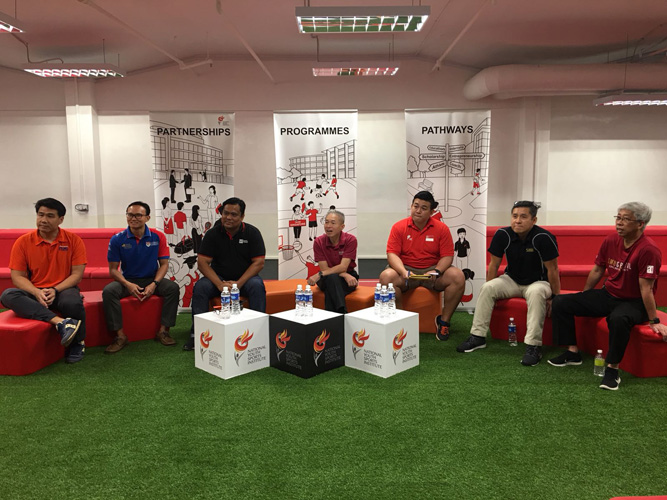 “Knowing your tentative competition calendar for the year helps,” said Cassandra, who is a student at Singapore Institute of Management in the University of London program. “I also chose to spread my modules over a longer period of time to balance my training load and studies.”

Still, no amount of ingenuity and shrewd planning will diminish the difficult reality for most student-athletes.

“SMU have been very supportive of my sporting endeavours,” said Chelsea, who is a business undergraduate at SMU. “It’s not impossible to excel in both sport and studies. You’ll just have to be disciplined and prioritise your time well. Sacrifices have to be made. It won’t be an easy journey but it’ll definitely be a fulfilling one.”