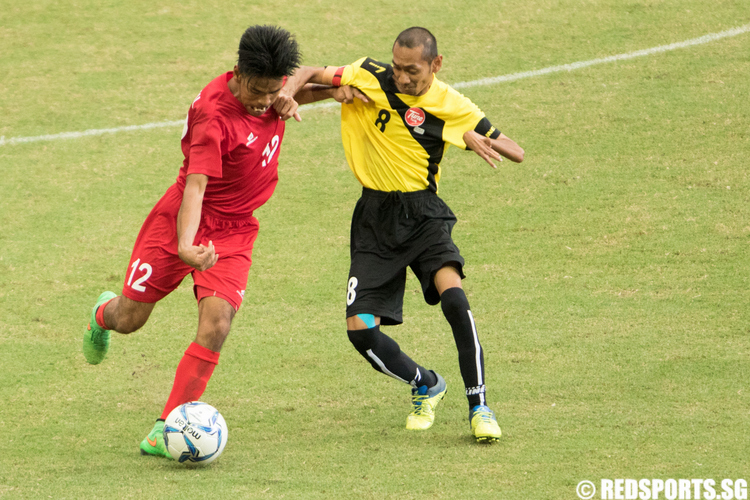 National Stadium, Monday, December 7, 2015 — A strong second half effort helped Singapore gain victory over Malaysia after tying 1–1 at halftime in the last round-robin game of the 8th ASEAN Para Games. This match is a prelude to the bronze medal game, as both teams have already booked their spots for the bronze medal playoff.

Singapore scored an early long-range goal three minutes into the game through Khairul Anwar (#10), leaving Malaysia eager to close the lead for the rest of the first half. Malaysia’s Noor Mohd Ariff (#7) answered with a goal to tie the game at 1–1 going into the halftime break.

The Malaysian side however, did not give up hope and continued looking for opportunities in hopes of a comeback. They managed to score one goal in the second half but it was not enough to turn the game around, as they eventually went down 2–4 to Singapore.

Both teams will meet again in the bronze medal playoff, which will be played on Wednesday, December 9 at 1pm.