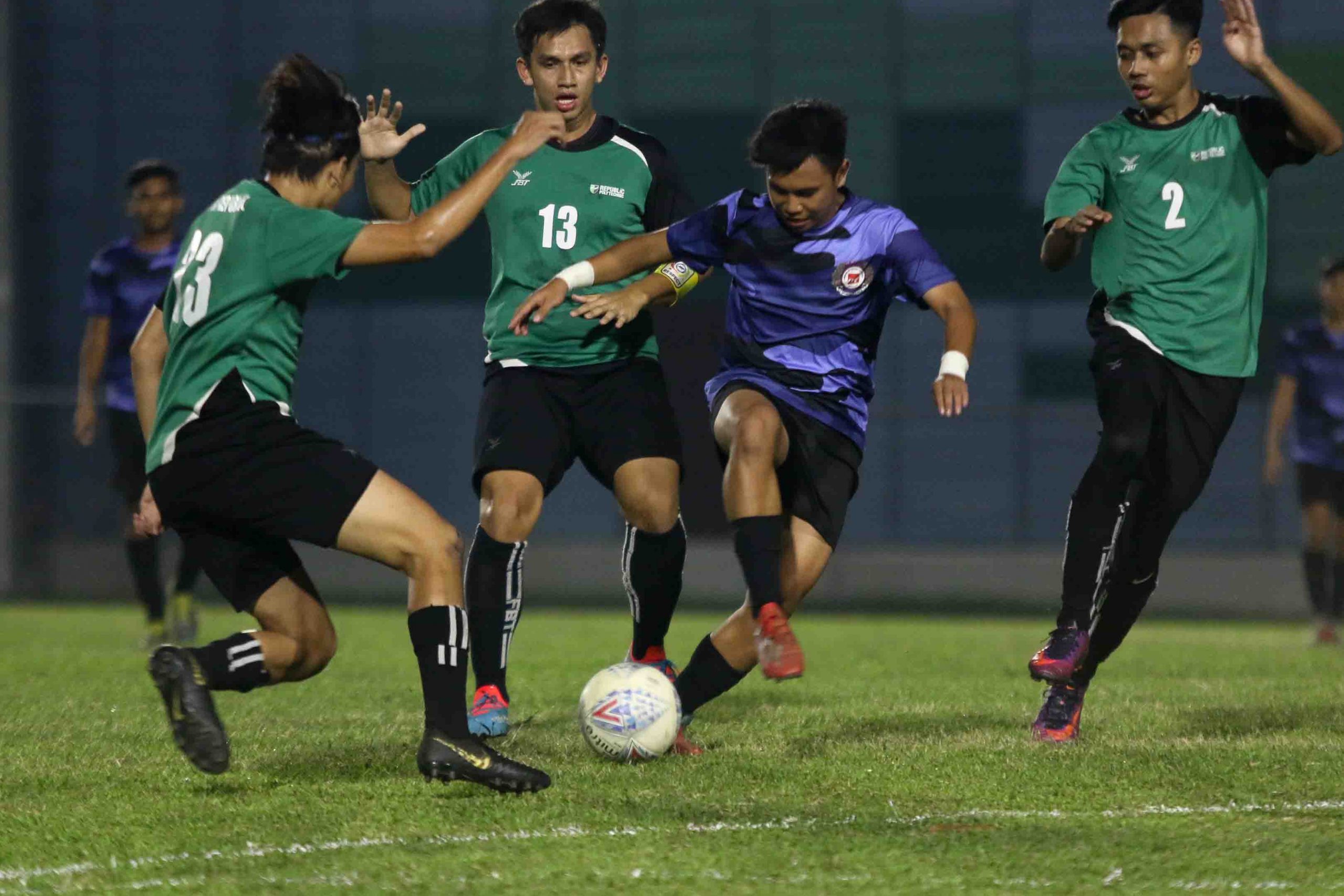 The winning team showed spectacular ability in executing breakaways that made for several opportunities at goal.

“I’m really proud of my teammates as they gave their best till the final whistle,” said Khairul Hairie (ITE #8). “Together, as a team, we are thankful for the win today, and we know that it will only make us better.”

Both teams were evenly matched skills-wise for the good first quarter of the game. As both teams eased into the game, it was not long before ITE gradually began to increase their intensity toward the opponents’ goal.

Despite having ball possession, they were unable to score as RP defenders forced them to take long-range shots that were off target. While some efforts did meet the target, alert keeper Heng How Meng (RP #12) was up to the task.

In a tussle for possession, a foul was given to RP for aggressive play. This led to a free kick being taken on ITE’s right wing.

A successful header by Is Hazwan B Azhar (ITE #17) in the penalty box ended the goal-drought. The ball was out of the keeper’s reach, and undeniably a decisive point in the match.

Even after half-time, RP continued to stay in a defensive stance and disrupted passes made by ITE. While this prolonged their one-goal deficit, it did little to help them equalise.

The rest of the match saw a muted affair, until RP started to push up to attack. Attempts were far and few between, as ITE scattered their attacks and often managed to clear the ball.

Just as it seemed that RP were getting closer to scoring, Mohd ‘Ifat B Mohd Sha’aban (ITE #13) secured another goal for ITE.

While this widened the scoreline, RP never gave up and continued to send the ball into the penalty box. However, ITE improved their defense to force them into uncomfortable positions which denied any goals.

The final whistle ended the match with a 2-0 win to ITE.

When asked about the win, Hairie (ITE #8) attributed it to their strong team spirit and mentioned: “We have a mixture of experience and young players, but the vibe in the team is very healthy.”

“We expect the experience players to guide and push the young players to constantly be better as they will be representing the school in the upcoming years.”

“With the win against RP today, we are very eager to go once again, this time against NYP. We expect a very tough fight against them. Our team will take each game at a time, and I believe we will give our all as well.”