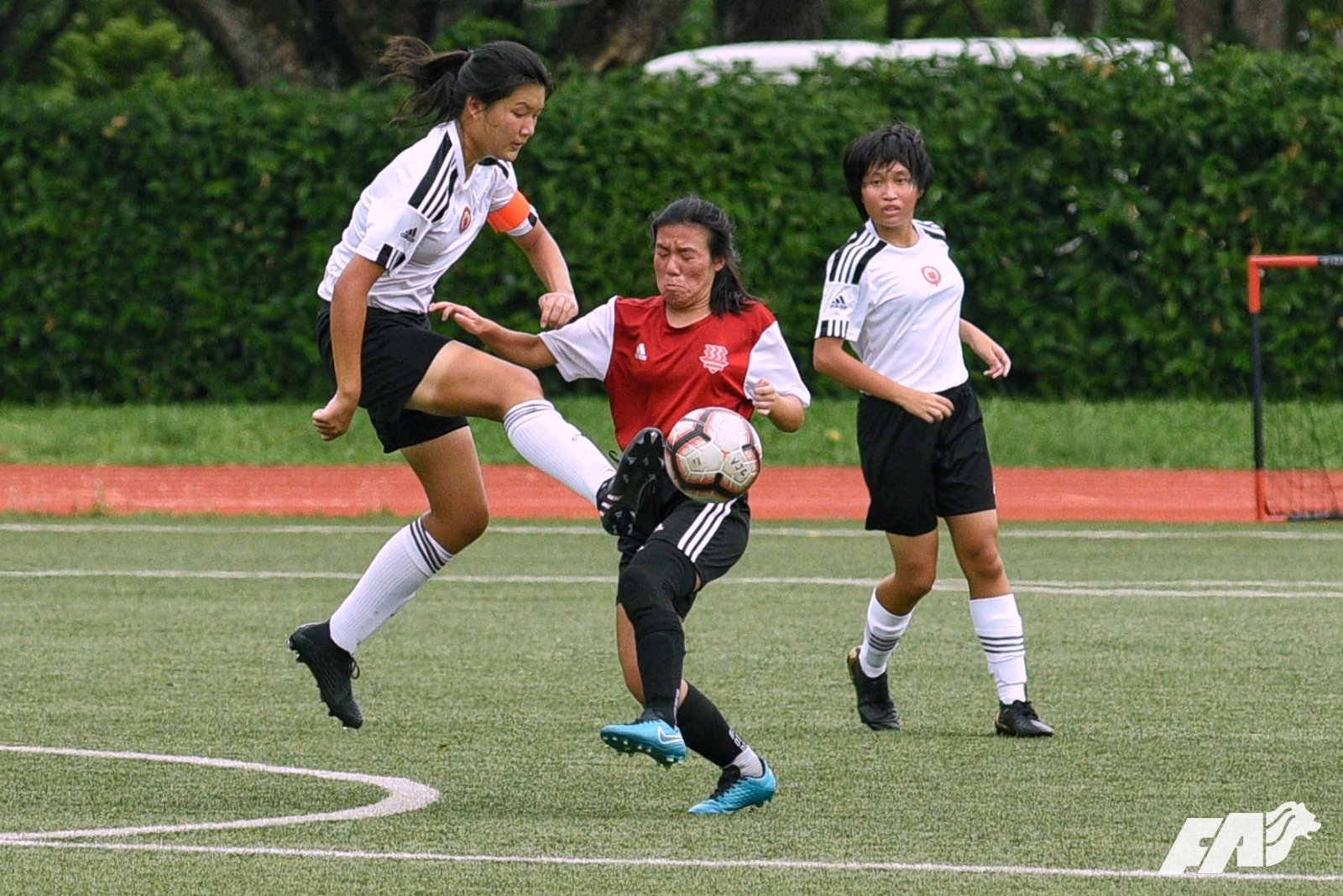 Their 5-0 defeat of St. Joseph’s Institution (SJI) sealed their top position in the tournament, played in a round robin format this year. VJC last won the title in 2019 before the championship was cancelled in 2020 and 2021 due to Covid-19.

The return of the National School Games (NSG) were welcomed by players, coaches, and teachers alike.

“The NSG is important… and particularly so for girls’ football because many of them join as beginners,” noted St. Andrew’s Junior College (SAJC) teacher-in-charge Frederick Koh. “The competition sets the stage for them to perform for the first time and realise how much they have grown as individuals, and also as a team.”

Having led her team through an impressive season in which they won six out of six games scoring 50 goals and conceding zero, VJC captain Jerrica Chung found herself elated but also sad that the season was over.

“It felt very rewarding as it showed that our hard work paid off,” she said, reflecting on her team’s win. “There is nothing to miss about not having NSG. We are very happy that we got a chance to play this year.”

Similar to other sports, the six participating teams were not able to conduct full-scale trainings due to Covid-19 restrictions. Furthermore, across the tournament, many were playing 11-a-side football for the first time.

They did not let their inexperience stop them, however. VJC teacher-in-charge Tan Yew Hwee gave special mention to Nang Kal San Hom as one of their most improved players, having made it into the first XI after being in Red Cross in secondary school. Annabel Faith Tan, who ended the season as VJC’s top scorer, was also playing in her first football competition.

“The countless trainings and hard work we put in allowed all of us to improve greatly from where we first started,” she said, also echoing her captain’s sentiments that the only low point of their season was when it ended. “I am really thankful to have been able to play alongside my teammates and for the school.” 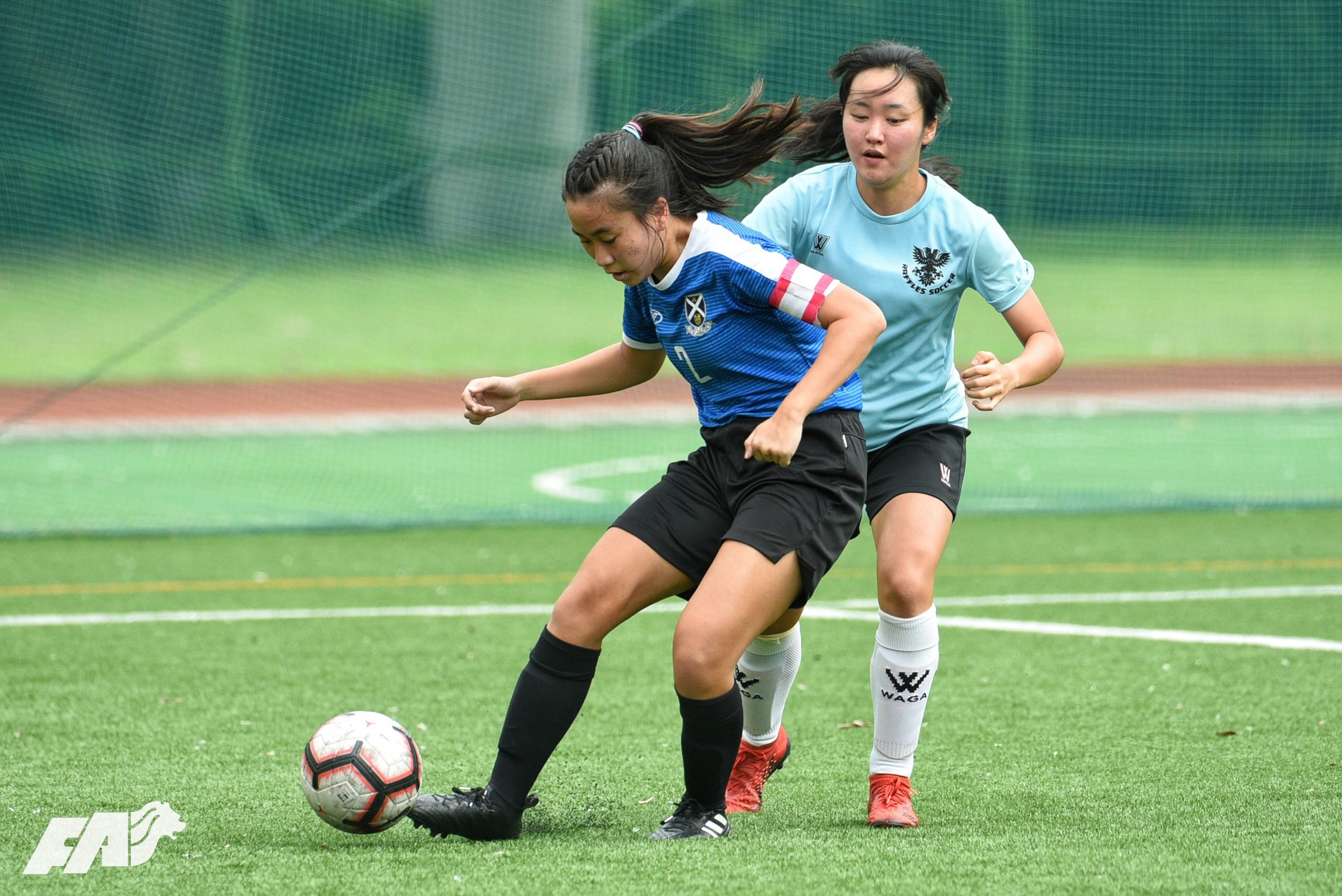 It was a similar story for the SAJC girls, who finished second in the tournament under the leadership of first-timer Chan Kym.

“After two years of uncertainty and not having a chance to even train a full 11-a-side, we are thankful that the situation got better and we could experience this unforgettable journey before we ended our time in SA football,” said the captain.

“Most of us started off with no experience, but preparing for this season, and the season itself, showed how much fight and determination there is in each one of my teammates.”

Vice-captain Airicia Sim, who watched the first three matches of the season from the sidelines due to injury, had similar thoughts about her team and their season. She and Chan Kym both gave credit to the VJC girls as their toughest opponents, and for bringing out the best in the SAJC team despite their eventual defeat.

“I think the entire team can agree that the best game was the one against VJ,” said Airicia. “We trusted one another and gave our all and I think that’s what matters more than the results.”

As the captains praised their teammates for the season’s performance, SAJC teacher-in-charge Frederick Koh also spoke well of his captains. Noting Chan Kym’s inexperience in football, he elaborated that “she trained tirelessly to improve her individual skills, and worked selflessly behind the scenes to build a close-knit squad filled with camaraderie and team spirit.”

“The coaches and teachers are very proud of who they have become,” he said in closing. “We hope they continue to take on the values and character learnt through this journey to navigate the challenges ahead.”