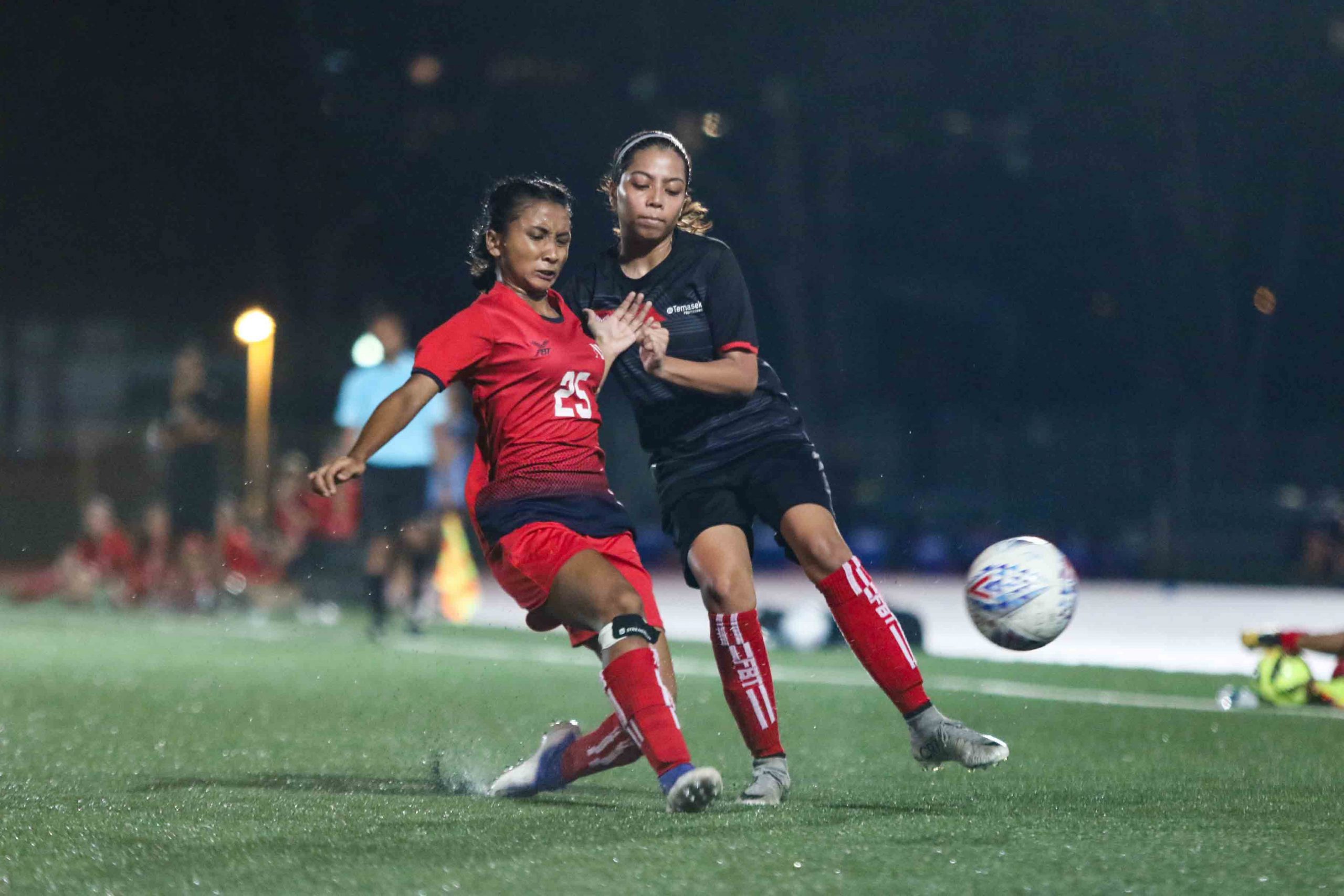 As it turned out, the final scoreline was enough to see TP seal qualification into the Institute-Varsity-Polytechnic (IVP) Games after many years of not qualifying.

“The match against TP was a crucial match for us as it determined whether we are able to qualify for IVP,” explained NYP’s captain Nursyafiah Yusra (NYP #5).

“However, luck wasn’t on our side as we ended up drawing, putting us in 5th place and unable to qualify for IVP.”

Nevertheless, the game started off with a high intensity, both teams hungry to one-up their opponents.

It was not long until a penalty was awarded against TP.

Nur Shaahidah (NYP #9) took the penalty and sent the ball just barely out of keeper Nurul Faizah’s (TP #1) reach, scoring the first goal of the match.

With a head-start early in the game, NYP were poised to keep a clean sheet and continue their offense.

Yet, it did not seem like TP were going to give up easily.

“We felt that we could come back stronger and that it was only the start, so we were not ready to give up,” said captain Mira Ruzana (TP #8).

NYP continued to confidently push their line up high in the field, however, this proved to backfire.

While the ball was kicked back and forth between the teams, TP showed several moments of aggression that almost landed the ball in the goal. Their confidence slowly built with further waves of attack, until Mira (TP #8) finally scored an equalizer.

A kick by keeper Faizah (TP #1) sent the ball flying into midfield, where Mira (TP #8) was able to beat the NYP’s defenders in a quick breakaway.

NYP’s final line of defense, keeper Georgia Khoo (NYP #11), attempted to step up to prevent the goal, but her efforts could not stop Mira (TP #8) from kicking the ball past her to level the scores before half-time.

The second half saw a rather muted affair in spite of the increased frequency of attacks by both teams.

In particular, Nur Saidah (TP #15) played a critical role in her runs down the wing. Unfortunately for her, NYP’s attentive defenders managed to effectively clear the ball, and disallowed any kicks into the penalty box.

The remaining few minutes saw several impressive breakaways by Stephanie Dominguez (TP #4) and Shaahidah (NYP #9) on the other side. Their efforts led to many tussles for possession but neither got a clear, open shot at goal. In addition, both keepers did enough to protect the scoreline.

Mira (TP #8) took a free kick around the last minute that went past the keeper, but the ball marginally missed the net and made contact with the post instead.

“It was a very intense match as both teams had the same goal which was to bring home a win,” concluded Syafiah (NYP #5). “Luck wasn’t on our side but overall the team fought hard and I’m proud of that.”