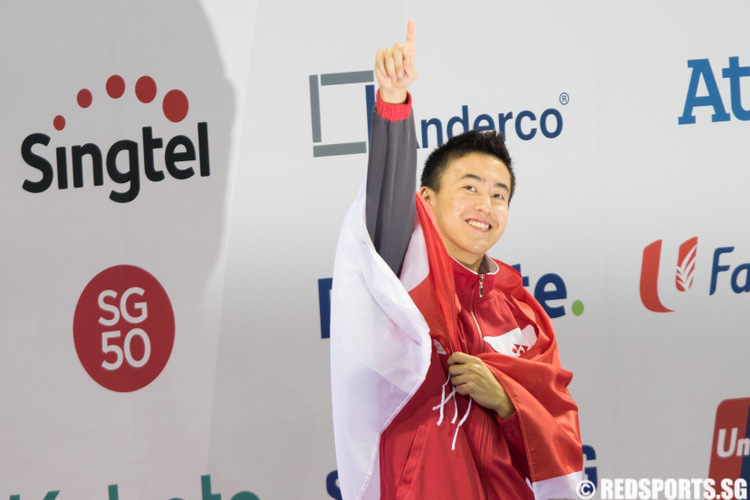 Zheng Wen, 18, surged to three titles in as many individual events, while 15-year-old En Qi finished either first or second in four events.

Several meet records were broken over the three days, with Roanne Ho and Quah Zheng Wen leading the charge on Day 1 of the championships. Roanne of Swimfast Aquatic Club (SAC) broke the meet record for the women’s 50 metre breaststroke event with a time of 31.90s. This is the second-fastest time by a local swimmer, only behind her own gold medal-winning time of 31.45s clocked at June’s Southeast Asian (SEA) Games.

Similarly, Zheng Wen broke the men’s 100m backstroke meet record with a time of 54.65s, which was second only to his national open mark of 54.51s set at the SEA Games.

The third and final day of competition started off with 12-year-old Zachary Ian Tan re-writing the national under-14 record for the men’s 200m breaststroke with a time of 2:26.17. The previous mark of 2:26.59 was held by Maximillian Ang. Zheng Wen clocked a PB of 49.73s to break the 100m freestyle meet record during the morning heats.

Pang Sheng Jun got the final session off to a great start by smashing the men’s 1500m freestyle meet record with a PB of 16:02.86. It was the seventh fastest swim in local history. Lionel then broke the 200m breaststroke meet record in 2:18.08 and in the same event, Zachary clocked 2:25.68 to lower his Under-14 record set in the morning.