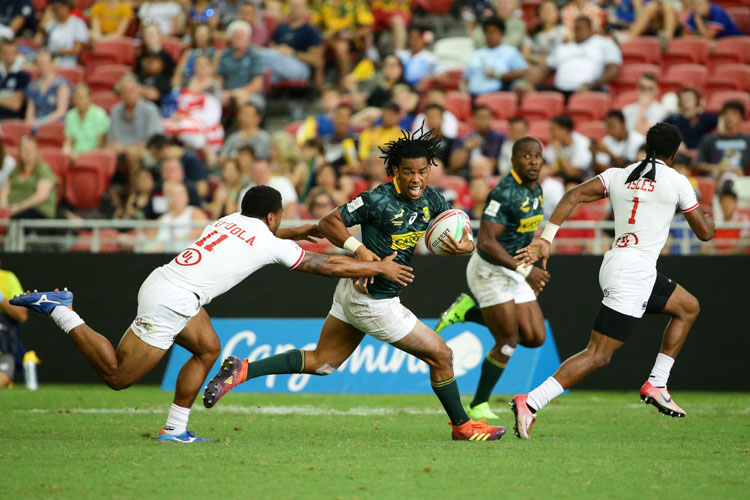 The HSBC Singapore Rugby Sevens is up for its third straight Best Sports Event of the Year (International) accolade at the annual Singapore Sports Awards (SSA) 2019 and the recognition that the organising team is getting has helped to lift their spirits and standards.

HSBC is also in the running for the same award as organisers of the 2018 HSBC Women’s World Championship for golf, while the other shortlisted finalist in the category is the 2018 FINA Swimming World Cup Presented by Yakult.

“It is a testimony of the great work that the team puts in to make the sport exciting and participative for all Singaporeans,” said spokesperson for HSBC, Sourik Sinha, about picking up the award last year. “This award helps keep the spirits up for the team and reiterates that effort and diligence together always bear fruitful results.”

“It’s a manifestation of our efforts to get a world-class sporting event to Singapore and also put Singapore on the map of world sports.”

Sinha also added that HSBC puts together a sizeable team that works relentlessly to make the event a success every year.

“Since this is such a marquee event for HSBC, we have both the global and local teams supporting the event,” he said. “The responsibilities including managing hospitality over the two days to give our clients and partners a bespoke experience. Apart from this the key areas of focus are of course media, advertising and partnerships which ensure a good take-up of the event.

“And lastly but something which is as important are our activations and staff engagement around the event. All of the together makes the HSBC Singapore Rugby Sevens a winner for us.”

The award is one of 12 to be given out in a ceremony held on Tuesday, 14 May, at Orchard Hotel.

Olympic swimming champion Joseph Schooling is in the running for his fifth consecutive Sportsman of the Year accolade, after getting shortlisted alongside paddler Gao Ning and silat exponent Sheik Farhan Sheik Alau’ddin.

Organised by the Singapore National Olympic Council (SNOC) and Sport Singapore (SportSG), and supported by the Tote Board Group, the 2019 SSA honour the efforts of local individuals and teams in sports for 2018.