An interview with Huang Po Chin 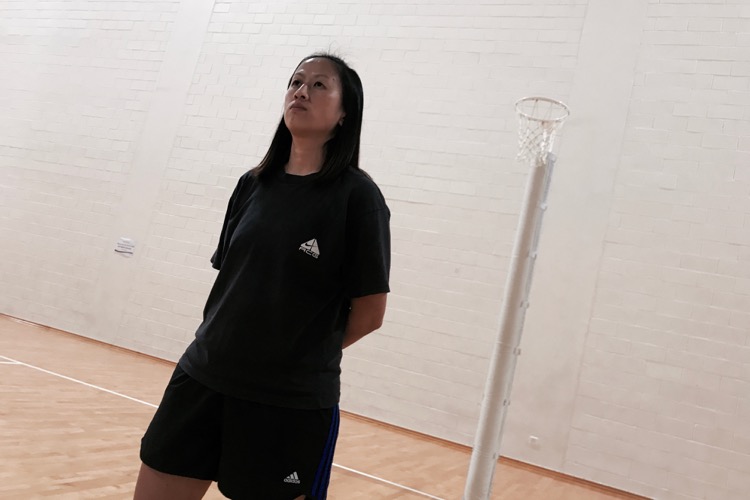 Wednesday, June 14, 2017 — Huang Po Chin, 35, is the head coach of the Singapore National 21 and Under netball team that recently won the Asian Youth Netball Championship held in South Korea.

Singapore beat Malaysia 47-43 in the final to win their first title since the inaugural championship in 1994, a span of 23 years.

Red Sports caught up with Po Chin to find out more about the journey to South Korea and her youth coaching philosophy.

Red Sports: You shared on Facebook that “4 months ago, we were nothing”. What state was the 21 and Under team in? And what changed so that you could describe them as “”something decent” by the time you got to Korea?
Poh Chin: Perhaps one word to describe the state of the team 4 months ago would be “unnoticed” – basically we posed little or no threat to any team in NSL (Netball Super League).

Being a very young team, while we have 5 players who have been in the 21s program, there were also some who have not had any experience competing at an elite and international level at all.

Hence, the challenging part was to bridge this gap and to progress as a team. At the same time, I need to assure the team of their progress and make them believe in their potential and abilities.

I was actually referring to their achievement – winning the championship title – when I described them as “something decent”, i.e., not when we arrived in Korea.

There were definitely improvements in individual skills and team dynamics with 4 months of training together and competing in the NSL, which can be seen in their performance towards the end of NSL.

But I guess the biggest change was the belief the girls had in themselves and their strong desire to achieve something great together as a team going into the Asian Youth Netball Championship.

Red Sports: In the group game against Malaysia, we lost by three points (50-53). Were you disappointed? How did the team take the loss? What did you learn from that game?
Po Chin: No, I was not disappointed at all. In fact I was very proud of the team to have come this close to winning the match.

As a matter of fact, the match we played against Korea the day before was our first ever victory as a team in a competition after 4 months of training together.

So the victory served as a very good motivation to the team to want to do even better and probably a realization that they actually have great potential and have so much more to offer as a team.

The team was still very motivated (after losing to Malaysia) and they got even more confident knowing that the possibility of winning was definitely there.

I learnt that it is more important to build the belief and confidence of the team after losing a match and make them believe that anything is possible.

Red Sports: After beating Sri Lanka 58-32 in the semi-final, you were now facing Malaysia again, this time in the final. How did you approach this game?
Po Chin: I believe my approach was no different from all the other matches. We knew that we all had the will to win, but at the end of the day, it was really about how we took care of the process, putting up a consistent performance for the entire game.

So I had to keep them intact with our game plans by focusing on their tasks on court and to assure them of the good stuff they had done coming to this last match and to believe that their peak performance would occur in this match.

Red Sports: Heading into the last quarter of the final against Malaysia, the score was 34-34. What happened in that quarter that gave us the winning edge?
Po Chin: At our last interval break, the team was reminded to focus back on their tasks and basics.

A series of goals which put us up at the start of the quarter boosted the confidence and morale of the team. That created a lot of pressure on our opponents and we forced numerous turnovers which our team capitalized on.

More importantly, despite the close score-line, the team kept their composure and stuck to our game plans – whilst holding on to the belief that they could win.

Red Sports: As a coach, what were some of the highlights about the journey from where you all started four months ago, to winning the championship trophy?
Po Chin: Individual breakthroughs, looking at their improvement and development as a National athlete, and how they bonded as a team within 4 months.

Witnessing the team’s first breakthrough win and performance in our opening game. That was a very heartening sight and I believe it fuelled the team’s belief in how much they could achieve as one.

The final match against Malaysia – the team spirit displayed on and off court with loud cheers from the bench boosting the morale of those on court.

The players have grown and matured much to be able to take on the pressure at critical moments. They remained very calm and composed despite many substitutions made by our opponents to break our momentum.

Red Sports: Since 2010, you has also been the head coach of the CHIJ St. Joseph’s Convent (SJC) B and C Division netball teams. The SJC B Division team finished in the National top 8 while your C Division team was third at Nationals. What is your approach to coaching youth?
Po Chin: I put a strong emphasis on building character and team culture by creating a challenging yet positive environment. I aim to develop thinking players with the ability to analyse and respond to game situations. I focus on the process more than outcome, i.e., it’s not the wins that define these athletes later in life, but the values instilled in them.

Red Sports: What are the obstacles or misunderstandings you have to overcome when it comes to coaching youth?
Po Chin: Overcoming the win-at-all-cost mentality, fear of failure and setbacks, managing both the players’ well-being (studies vs netball) and their parents’ expectations, and a lack of commitment due to the youths’ overly packed schedules and priorities.

Red Sports: Tell us about your journey in coaching SJC?
Po Chin: SJC Netball has a long and rich history and tradition in the school. The team is blessed with generations of SJC netballers coming back often to give back to the school.

I first took on the netball coaching responsibility at CHIJ SJC in 2010. A comprehensive values-driven Netball Programme was developed where players learn commitment, responsibility, ownership, communication and being a team player.

Together with these values, a player-centred approach was adopted where players are encouraged to think more for themselves and be more accountable to the team instead of being spoon fed.

The growth and winning mind-sets are also two ways of thinking introduced to the players at SJC. All these have enabled my players to develop into student-athletes, excelling both on the court and in the classroom.

My vision that I have set for the team is to focus on the process as I believe it is the process that will drive the outcome. I ensure that they strive to become team players, always looking out for one another and backing each other up.

A comprehensive fitness and strengthening programme complements my court and specific sessions to ensure that the players are physically fit.

Together with the teachers, we conduct mental skills sessions for the players during our competition season to keep our players mentally strong too. These sessions have developed resilience that will be useful not only in netball but in the players’ lives, too.

I am also a firm believer in building a strong rapport and trust within the team as this enables us to work efficiently and effectively. To support greater rapport between the players, teachers and coach, individual review sessions are also conducted for each player twice a year in a safe environment.

This allows the players to air any concerns they may have, and also to give them feedback about how far they have come along and how they can improve. This session allows two-way communication to happen and encourage the players to be more open and willing to share their opinions.

My firm principles and practice have brought many batches success. From a team with little experience and plagued with discipline issues, the players have come very far since 2010 to become a highly discipline and effective team. The team has consistently achieved a top 4 position in the zonal tournament.

At the end of the day, I hope that with the comprehensive programme designed, my student athletes will develop strong values and moral ethics, with a disciplined mind-set.

I find coaching at SJC extremely rewarding – building a team of players who previously had very little experience and a poor work ethic, to one that strives for excellence and is motivated to challenge themselves to achieve better results. The team sports culture at SJC has also skyrocketed.

Most importantly, I hope that with my influence on the SJC netball team, their burning passion for this sport will never dim and they will preserve the rich history and high standard of performance in SJC netball.