“I was going to all the officers. I was going in there like a psycho, but what to do?” – an interview with UK Shyam and Kenneth Khoo (Part 4) 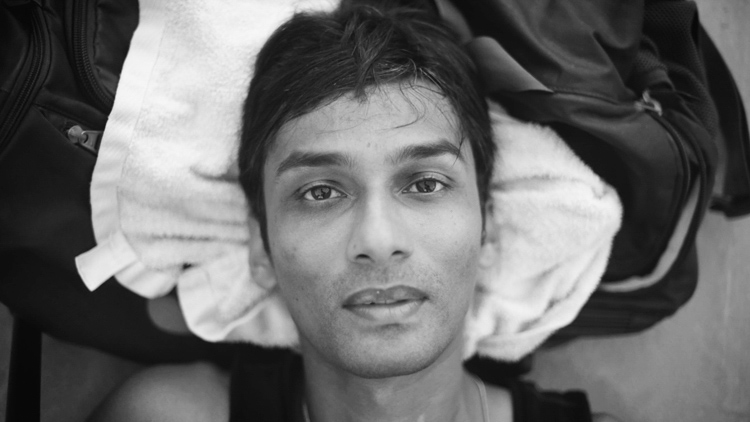 A screenshot of UK Shyam from the mini documentary produced by Run and Gun Media for Ethos Books. (Photo 1 courtesy of Ethos Books)

Red Sports: Was there anything that you would have done differently during National Service (NS)? I read the book and you mentioned the clerks were checking periodically on you? Did you try to make friends with them and make them understand?

Shyam: It was a mindset thing. I don’t know whether this mindset still persists, but sometimes people don’t view sports as an important thing and then they will view that you’re trying to escape and all that kind of thing.

And I think that that debate is still relevant in this day and age, right? I mean, we are still talking about it – whether it’s Ben Davis or even Zheng Wen and Schooling. There’s a reason why, in other countries, athletes, at that age, that is when you get the growth spurt and performance improvements, right? At 19, 20, 21.

That’s the age when, you actually need to physiologically put in a lot of training. So I mean, I hope that we try and refine that policy because I know a lot of my track friends, who were so promising and then once they went into NS, then, they just couldn’t come back again.

Surely, it can’t be that when you are in NS and doing BMT, it can’t be that it’s helping you as compared to the Thai athlete who’s in the National Training Systems and training twice a day. That’s assuming that we are as talented as the Indonesian and the Thais and all that, when they really have a bigger talent pool to tap on, right?

Red Sports: From the point of view of an athlete going to NS, what can he do to maybe give him a chance of possibly being able to continue to train during his NS?

Shyam: I think you really need to plan, so before I was going into NS, I was really trying to find out like the proper procedures and protocols, like official letters and all.

I spoke to Sports SG. I spoke to the officer in charge to find out what the NSA needs to do.

But they had their hands tied and there are so many requirements. Like what is the best way to ensure that I can come out (to train)>

I wanted to be able to train but deferment was the only way, so I had to put my life on hold and then after that I realize, okay now it’s time to go.

But wah, now you go in, you may not be able to come out. So in that sense, you really need to be proactive to check what can be done but at the same time you, of course, you need to be of a certain level.

We can’t expect the country to just grant everyone (time to) come out and train, you know? You need to be of a national level or you know on the brink of qualifying for the SEA Games and then maybe there’s a stronger case. So in a sense, your performance also needs to be able to justify why the NSA and MINDEF and all (the other organisations) need to make these kinds of concessions.

Kenneth: I think sometimes, it’s also about athletes learning how to make the best of a bad situation.

I think you should be on the lookout for your own opportunities. For example, okay I mean, I was luckier than most I was in an admin position but I had to stay in, so I could only get out at 6 pm, so I trained after 6 pm. And I went back to camp before 2359hrs. Yes, it’s not ideal. Yes, I can’t see my coach every day. But what’s the alternative? Sitting in camp and going to the mess?

That was me trying to make my best out of an unfortunate situation. And there were some days, I just ran around the camp because I couldn’t come out and that’s the only way.

Shyam: In NS, you know, I was really going to all the officers, like seeing the major and like try and see whether he will be nice to me. I kena screamed at also never mind. Then go to the colonel and asked him and you know, no choice ah, I was going in there like a psycho, but what to do? You have to do it.

I really remember trying to see the head of SAFSA or one of the majors. Every lunchtime, I won’t eat and I have to wait at the other side of the camp for him to come back from lunch. Then I run (to catch him), you know? sometimes you can wait for a few days, but he won’t be there because maybe he’s on course.

(I was) like a psycho and then I see him coming out of his car and I go up running to him and I said, ‘Hi Sir, my name is Shyam and I’m sorry, but I’m trying to qualify for the SEA Games and I come from a single-parent family, I want to go to UCLA but the only way (I can do it) is if I can come out and train and do you think there’s any way to do it?”

You need to be a bit thick-skinned.

Shyam: There must be sacrifices on your part, things don’t come easy. I mean like all the success that we see of the swimmers, we only see the success but we don’t realize that most of them get up at 5am and they put in two hours and they are training twice a day, then they have no social life.

And it’s very regimented, after training you either go to school or pack your lunch and then after school, you are back in the pool again at five.

Red Sports: So I mean a lot of this is the mindset, right?

Kenneth: Yeah. I think, of course, you’d love for people to help you but I think the most important source of help has to be yourself. You should assume that you are going to try your best to do it yourself and then rely on others.

Sometimes I feel that, okay, support does come but I feel that it can be transactional in nature, it can be pegged to results. And then in that sense, so for example, like what happened to Timothy, one year without results and they decided okay, we’re not going to fund you anymore. So I mean this is a human life, you’re talking about, you can’t just quantify it by results.

So I think it’d be nice to take a long-term approach. Of course, I don’t deny result are important, we cannot fund somebody impactfully if they are not performing but at least have the foresight to set a three or four-year plan, then judge the person at the end of that.

Related stories:
“It was a leap of faith for Peng Siong” – an interview with UK Shyam and Kenneth Khoo (Part 1)