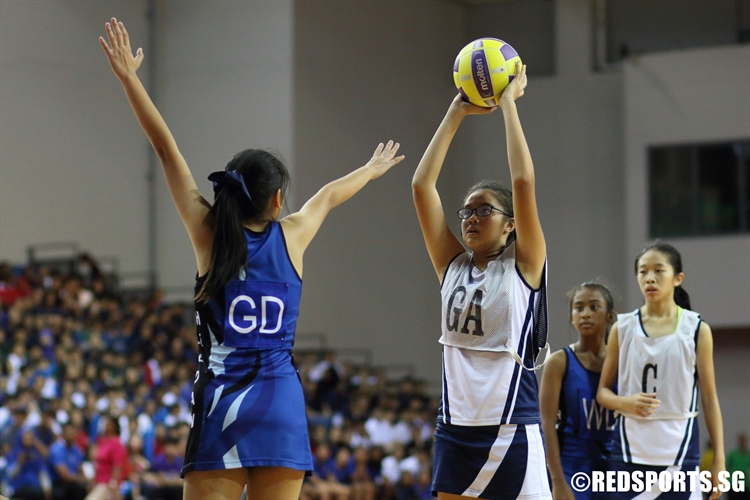 “We are very proud ourselves to be able to come back strong and win the title this year,” an overjoyed Seraphina Low commented after the match. She started as Center for CHIJ (Toa Payoh) and is also the captain of the team.

“Our passes were a bit off. But we still managed to try our best and kept the game close up till the third quarter.,” St Hilda’s captain Cheryl Tang commented about the team’s performance.

CHIJ (Toa Payoh) jumped out of the gate to control the first quarter where they grabbed a 9–6 lead.

St Hilda’s would respond on the second quarter by tightening their defense to cut off passes.

St Hilda’s would outscore CHIJ (Toa Payoh) 8–7 as they cut their deficit to 14–16 at the end of the first half.

After the half-time break, both teams displayed great defensive effort as they ran hard to intercept passes and chase down loose balls.

“Stamina played a big role as it allowed us to maintain our level of play,” stated Seraphina Low on what allowed CHIJ (Toa Payoh) to pull away in the final period.

At the end of the match, CHIJ (Toa Payoh) would emerge as 33–23 victors to claim the title, bouncing back from last year’s defeat in the National C Div Netball final against Dunman Secondary.