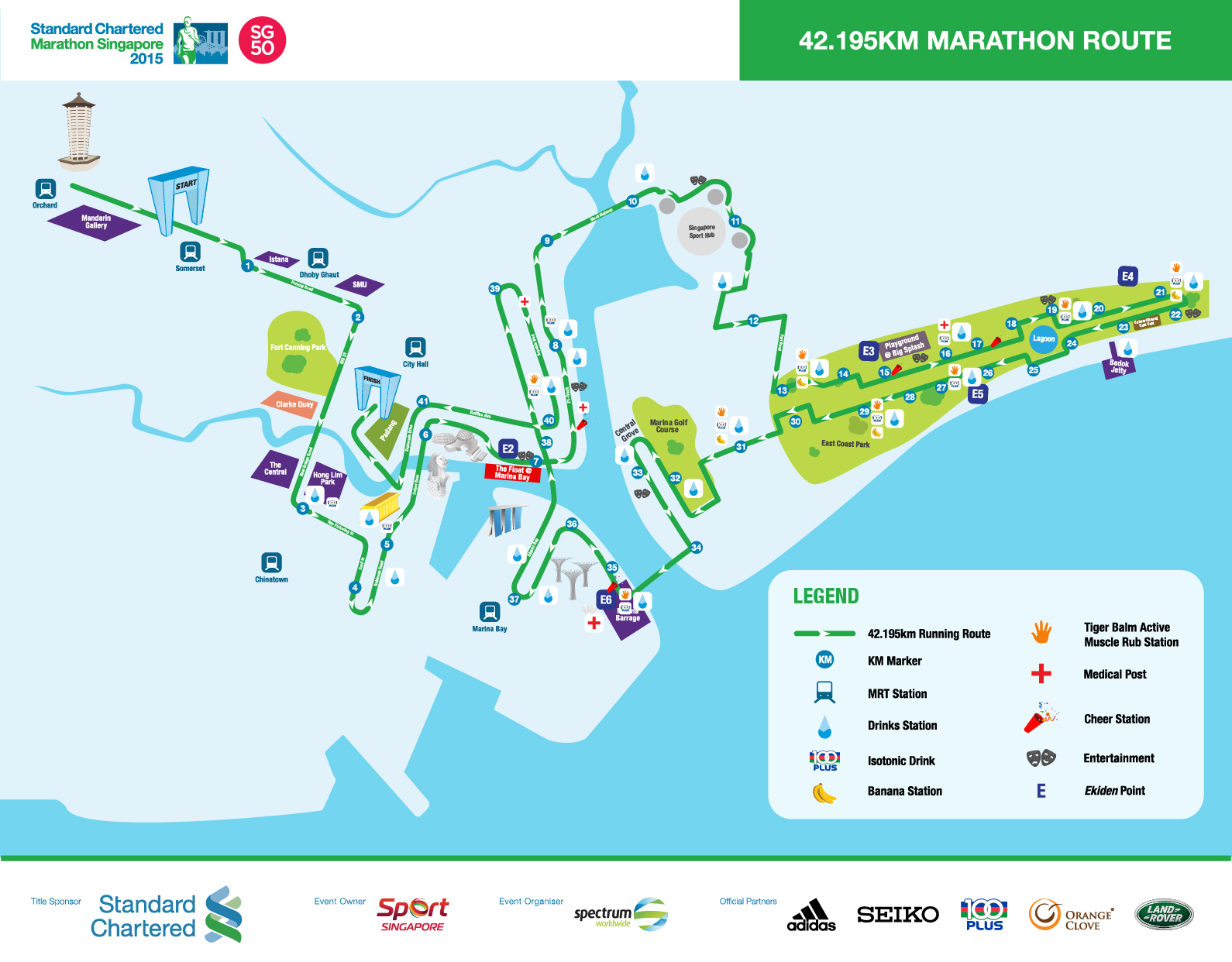 The route for the full marathon.

Friday, October 1, 2015 — The organisers of the Standard Chartered Marathon Singapore 2015 (SCMS) announced the route for the 42.195 kilometre race scheduled for December 6.

The route is largely unchanged, and will start at Orchard Road, outside of Mandarin Gallery. Runners will then turn at Singapore Management University (SMU) and then go past Clarke Quay and Chinatown, before moving onto Nicoll Highway and towards the Singapore Sports Hub.

The middle third of the race will see runners cover the length of East Coast Park, before reaching the Marina Bay district. After passing Garden’s By the Bay and Marina Bay Sands, runners will enter the central business district for their finish at the Padang.

There will be 16 hydration stations placed on average every 2.6 kilometres.

The event will also have the 21km and 10km race categories. Organisers will also hold a 700m kids dash the day before on December 5.

On the enhancements and changes to the marathon, Chris Robb, Managing Director of organiser Spectrum Worldwide, said: “We are constantly looking to improve the overall race experience, and I am sure everyone will see from the range of new and enhanced initiatives, and route improvements for both participants and supporters that we have managed to do just that.

“Each of the world’s best marathons have a unique identity, and we aim to do the same as we grow the SCMS into one of the top marathons in the world that appeals to an international audience. Our goal is to develop the event that attracts not only running fans, but also their friends and family who can show their support and enjoy a family day out by take part in the festivities.” 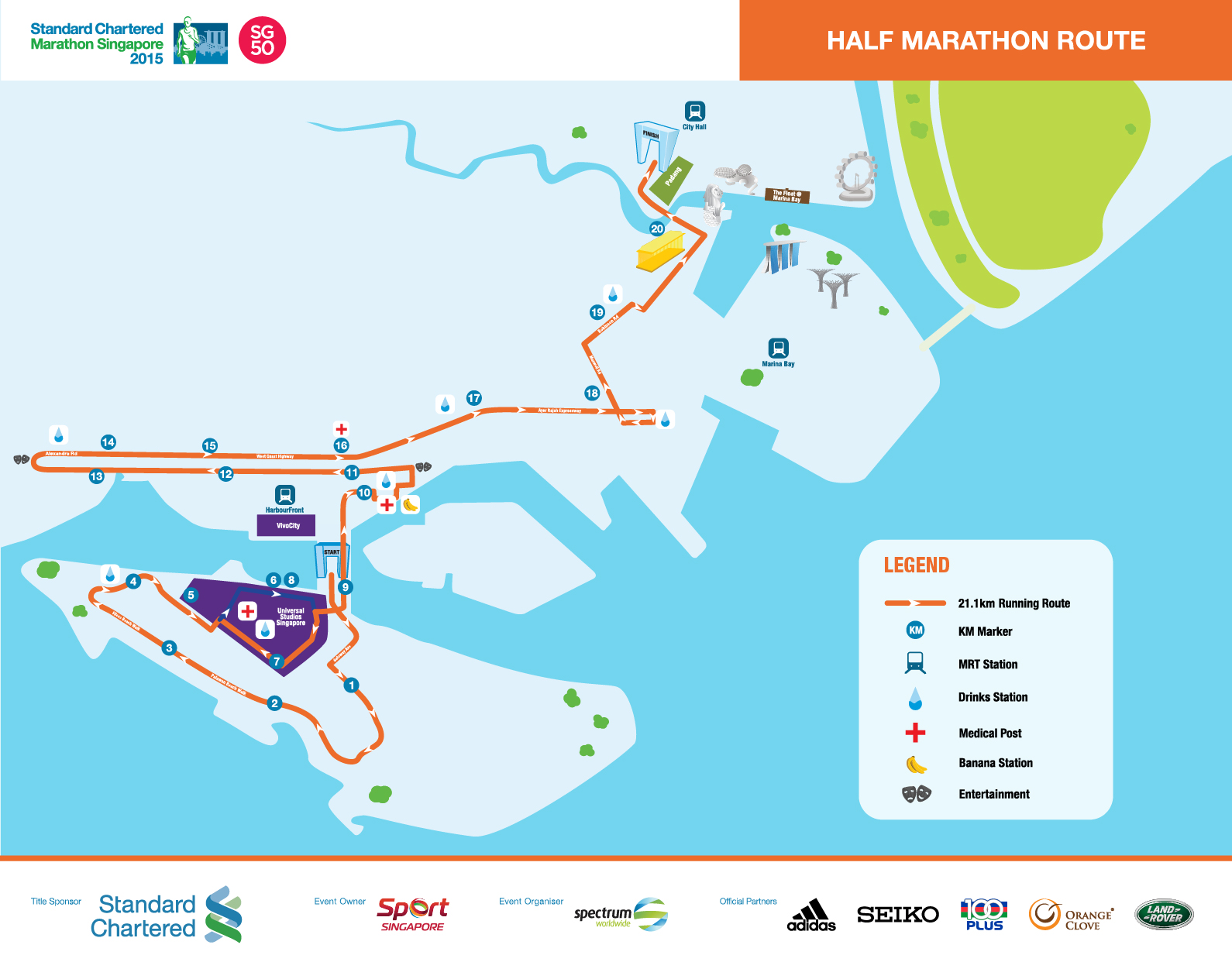 The route for the half marathon. 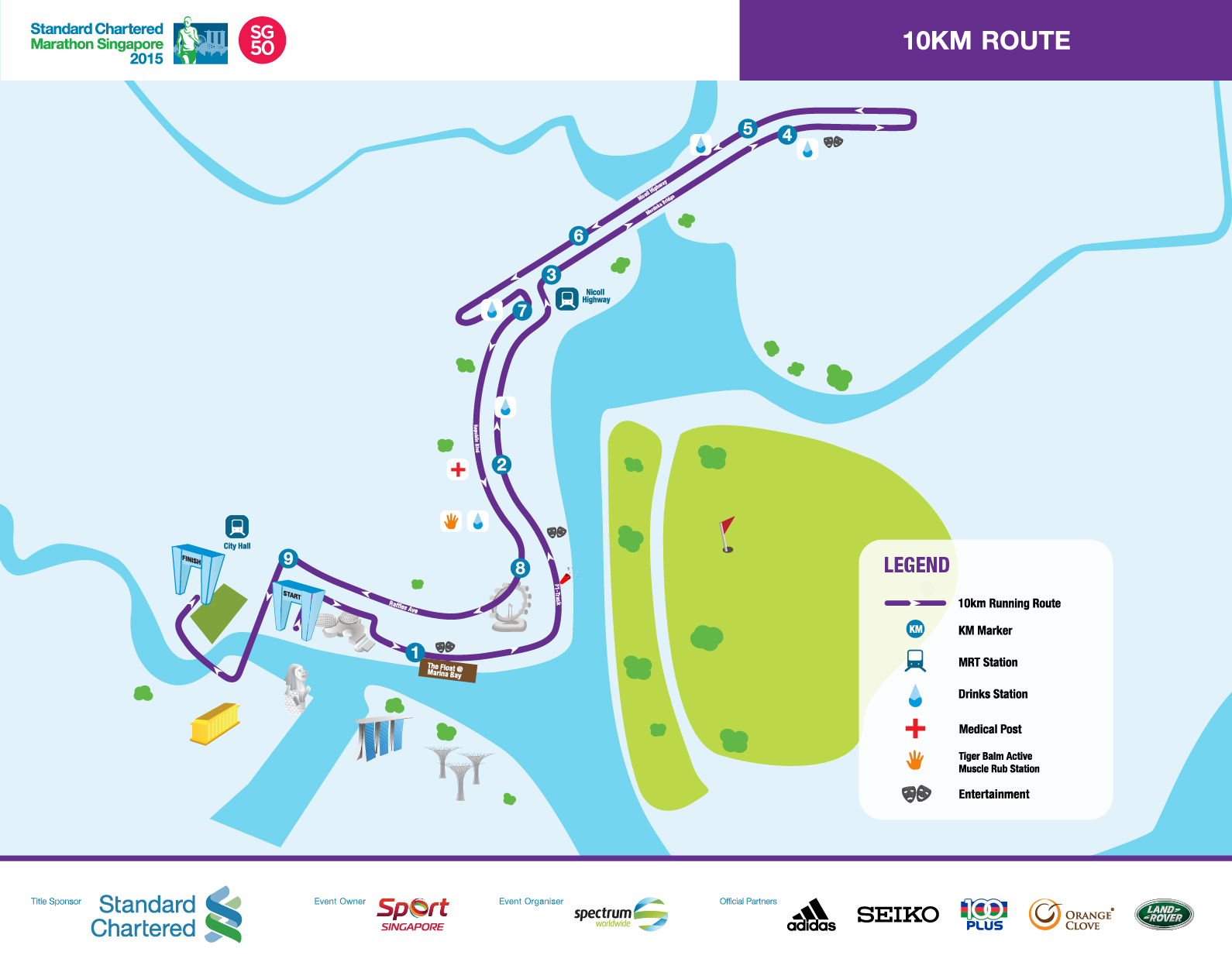 The route for the 10km race.