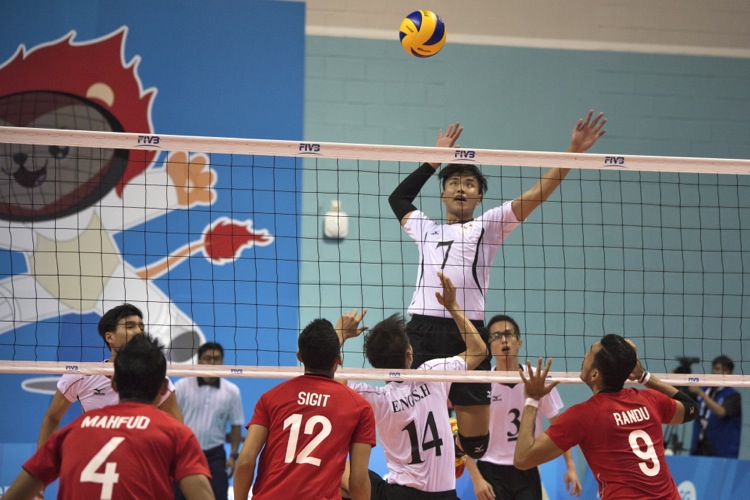 Benjamin Choo Wei Jie (#7) is set up for a spike as he rises above the net for an overhead attacking shot. (Photo 1 © Low Sze Sen/Red Sports)

Despite going down a set, the hosts picked themselves up to hold out the Indonesians at the beginning of the second set. A calculated spike down the line from Javier Poon (#3) kept Singapore on the heels of their opponents.

Still, the Indonesians proved more formidable as they pulled away from 3–3 to 3–6 with their explosive spikes and won the second set 25–14 as well.

The final set saw Singapore get no closer to within three points of their opponents, and their taller rivals left them in the dust to win 25–15.

Singapore will play Vietnam on Saturday, June 13 at 5pm.