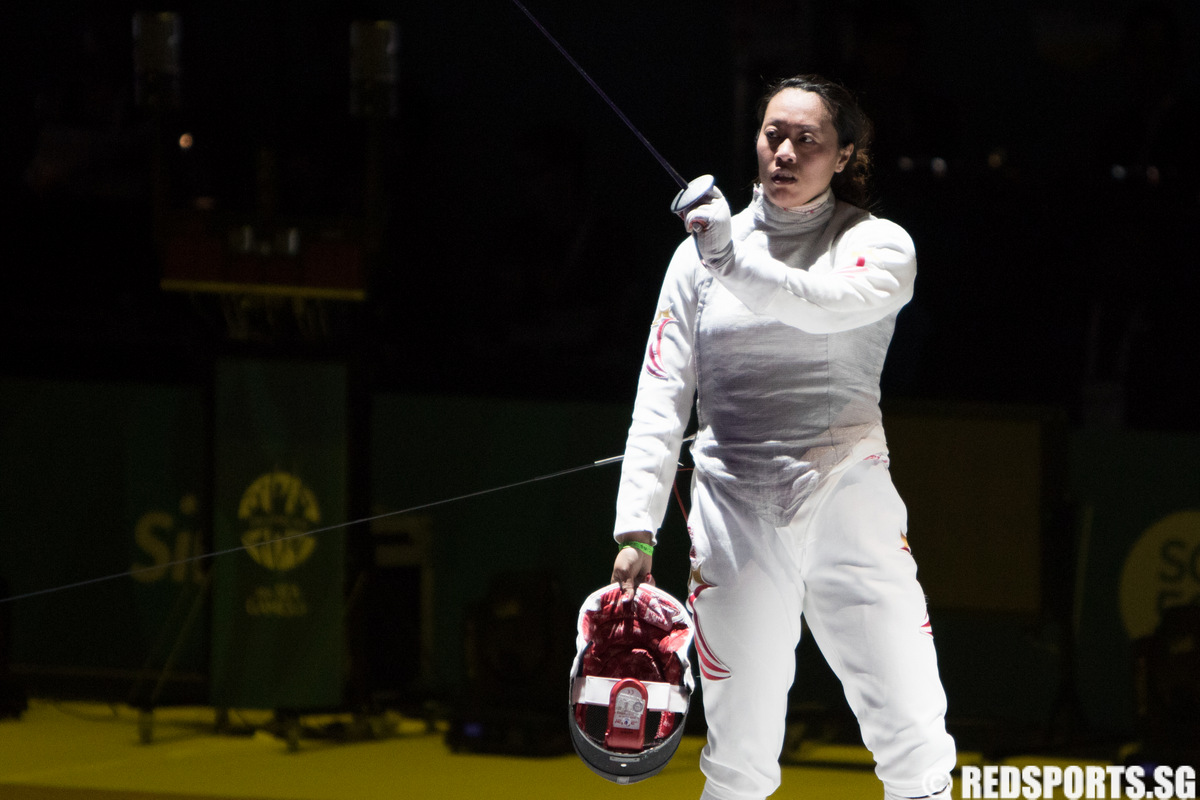 In the semi-final against Thailand’s Chantasuvannasin Nunta, Wang took a four-point lead early in the match and leveraging on her strong defense, cruised to a 15–9 victory.

Wang faced 1.6m-tall Tinio Justine Gail of the Philippines in the gold medal match. Towering over her opponent at 1.78m, Wang had a clear reach advantage, which helped her attack smoothly and comfortably. This locked down Tinio, who was unable to score any points until halfway through the match. As a result, Wang took home a clear 15–7 victory at the end of the bout.

An elated Wang said that she “couldn’t believe that she had done it”. On the gold medal, Wang stated: “It means a lot to me. This will most probably be my last SEA Games, so I ended with a very good result.”

“It was not an easy win for me. I had to focus from the first point all the way to the end, and I tried my best not to give up any chances for her (Philippines opponent Tinio) to come back,” added Wang.

The 34-year-old attributed her success to her preparation. “We trained very hard and even went overseas to train. I also took no-pay leave to become a full-time athlete in July last year. I would like to thank Sports Singapore for giving me the financial support so that I can focus on my training.” Wang is a full-time coach at her fencing club, Absolute Fencing.

She was also grateful to her husband. “He took all my coaching jobs and let me focus on my fencing.”

Wang will next participate in the Women’s Team Foil event on Saturday, June 6, at the OCBC Arena from 1pm. When asked about her confidence for the match, she said, “We will have some stress in the team event, but I trust my teammates. I think that we have done well in our preparation, and with this, we can win.”