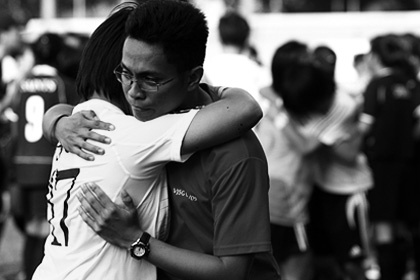 When the final whistle sounded at this year's A Division Girls' Football Championship final, Azrulnizam Shah was coach of the first junior college side to retain the title since the tournament's inception. He was also the architect of three gold medals and one silver since the start of his tenure in 2005. His teams have time and again chalked up impressive goal differences during the group stages, always qualifying convincingly for the knockout stages.

Few know however, of the effort it took to transform a side that had once languished at the bottom of the league in 2005 into a consistent title challenger.

Great moments are born from great opportunity. When Azrul began his journey with the Victoria Junior College girls' soccer team, he inherited a team that was recovering from a nightmarish game - the 0-8 haunting loss to eventual champions Saint Andrews Junior College, one that he would have to work hard to exorcise.

When asked about the expectations that he held when he first joined the team late in the 2005 season, he said, "I just wanted to create a competent team, one that is able to compete, infused with the values I believe in - disciplined, humble and hardworking."

With the implementation of a structured programme that highlighted physical, technical and mental core competencies, the new VJC side started to learn how to win, but more importantly, they started to believe.

The 2006 team opened their campaign with an 8-0 trouncing of Nanyang Junior College which raised eyebrows. But it was not until they beat a technically superior Saint Andrews Junior College side 1-0 that Azrul, and indeed the team, "firmly believed we can".

The 2006 team went on to make history in a fairytale season as they beat Temasek Junior College 2-0 in the final to become champions, not just in name, but in spirit. "We were not the best team around, but we believed, and it was a massive achievement. 2006 was all about revolution and change." 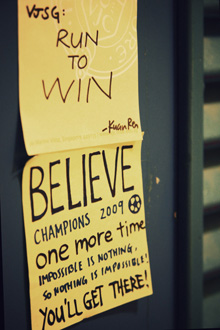