“You have straight As? Too one-dimensional” – US university admission officers 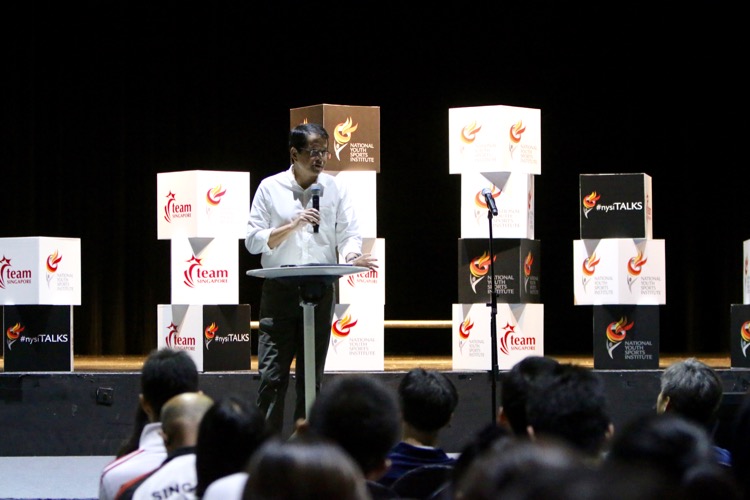 Sunday, November 12, 2017 — In Singapore, the pursuit of academic success has resulted in a $1 billion dollar tuition industry.

But this pursuit of straight As does not cut it for universities in the United States.

“Couple of weeks ago, I was in the US for some board meetings and I had the chance to speak with some university administrators,” said Mr Richard Seow, Chairman of Sport Singapore.

“I asked them about the type of applicants and the type of people who were applying for university and who they were looking for. Surprisingly for me, the one comment that stood out was what the university admission officers said, ‘We are very worried about straight A students. If someone comes in with straight As, especially from Asia, it’s a red flag for us. They are too one-dimensional and they spend all their time just getting their straight As and not doing anything else. We don’t think those type of applicants are positive to be in the university cohort.

“So it’s a wakeup call. Our students getting straight As are insufficient and in some cases can actually be a hindrance. So getting the three As and the one B, plus representing Singapore at the Singapore school level, are probably better than getting straight As. This message needs to be better disseminated out,” added Mr Seow.

He was speaking at the Youth Athlete Development Conference held on Friday, November 3, 2017.

Asian Americans in the United States have also found themselves shut out of their desired universities even with excellent grades.

“The admissions officers are seeing a bunch of people who all look alike: high test scores, high grades, many play musical instruments and tend not to engage in more physical sports like football,” said James Chen, founder of Asian Advantage College Consulting, in the Boston Globe.

“Having studied in the US, sports is much more integrated in their lives than ours here in Singapore,” said Mr Lucian Teo, who currently works for an American multi-national company.

“There is wisdom to that, for sports provides a safe microcosm of life, within which we develop skills and traits such as resilience, teamwork and sportsmanship. A good sportsperson is a person that most players would want on their team, not only for competence, but also for character,” added Mr Teo, who studied Management Information Systems in the University of Arizona and graduated in 2003.

Employers do not just look at grades anymore in Singapore.

“In my last few jobs, I have interviewed potential candidates for various job positions, and except for highly technical jobs, academic achievements provided only very limited insights to whether the applicant is suitable. Today’s work environment is highly dynamic and it is more important for an applicant to demonstrate adaptability and quick thinking in the face of ambiguity than just good grades,” said Mr Teo.