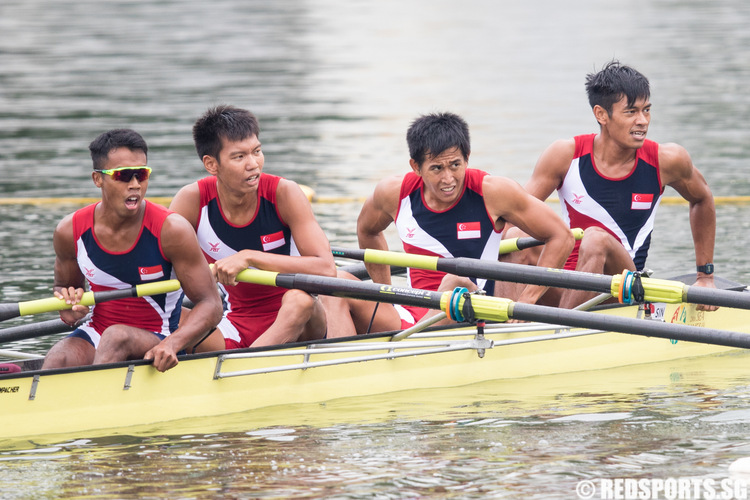 The Singaporeans had trailed the rest of the teams early into the race, with Indonesia crossing the 500-metre mark first two seconds ahead of Vietnam and Myanmar. At this point, the Singapore rowers overtook the Malaysia and Thailand teams to park themselves in fourth at the halfway mark.

In the second half of the race, the hosts continued to press forward, and their tenacity eventually paid off. They overtook the Vietnamese and Burmese to come in 2.97s behind Indonesia and grab the silver. Vietnam came in third with a time of 3:06.60.

“The second half of the race, we really fought the battle. We were in fourth place at the 500 metres and I don’t know what happened… all of us were just so hungry for the win and just went on to the end of the race,” said Syahir. “I’m very proud of my team. We’ve only trained for like the first six months of this year and it’s a huge improvement from Asian Cup, which happened early this year. I cannot be more thankful to be alongside them, training each and every single day and I look forward to the next Games with them.”

Syahir added, “I think it was a blessing in disguise. The Asian Cup loss really humbled me and it really taught me how to pick myself up and just look forward. I think it resounds for my team as well, to know that losing one battle doesn’t mean losing all the battles. So I’m really proud of them to have the spirit and to have the hunger to really push on and to really go for the gold next time.”