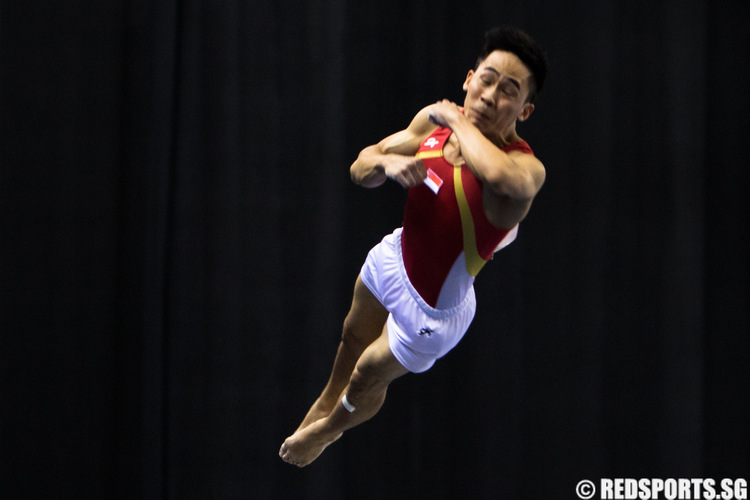 Hoe Wah Toon scored 14.033 points while Terry Tay was 0.584 points behind with a 13.449 showing. Both men had earlier helped Singapore clinch a historic bronze medal in the men’s team event on Saturday.

On his performance today, Terry said, “(Today’s performance) definitely could have gone better in the qualifications, I did quite well. However, I guess everybody has his day. So I still get to represent Singapore, give my best and finish off strong and well.”

When asked for an overall assessment of the games, he commented that he was satisfied as “we started off with a team medal, a first in history. So, it’s many firsts for the men’s artistic gymnastics team and this will hopefully serve as stepping stones for the younger ones and even for us, as the pioneers. So we look forward to not just a brighter future, but one that is definitely going to be more exciting.”

Vietnam’s Thanh Tung Le and Cuong Hoang swept 1st and 2nd place with strong showings of 15.000 and 14.866 respectively, while Reyland Capellan of the Philippines came in third with 14.616.