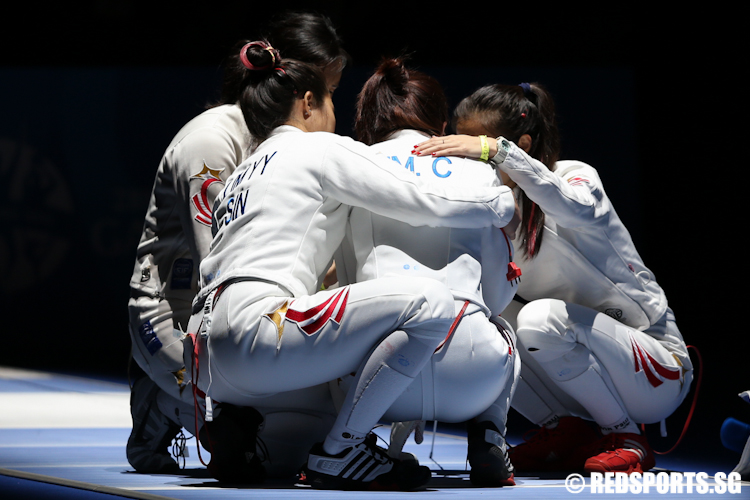 Singapore gained a slim margin of one point with Cheryl opening the match, but the lead slipped out of their grasp when teammate Victoria stepped up for the next bout, which in turn allowed the Philippine advantage to gradually widen in the third to 15–11.

However, it was Victoria and Cheryl who managed to narrow the margin midway through the match. Play continued to be point-for-point until Singapore’s Rania executed a momentary score equalizer in the sixth match.

This gave the hosts added confidence as they managed to stay level with their rivals in the seventh and eight matches.

Entering the final bout at 26–26, it was yet again neck-and-neck as both fencers took turns to add to the score. However, a consecutive attack by Harlene Raguin in the dying minutes proved too difficult for the Singapore women to overcome and as a result, dealt them a loss which knocked them out of the competition.

Joining them as bronze medalists are Indonesia, which lost 38–34 in their semi-final against Vietnam.

Winners Vietnam and Philippines will now move on to the gold medal face-off that will take place later today, June 7, 6.45 p.m. at the OCBC Arena.