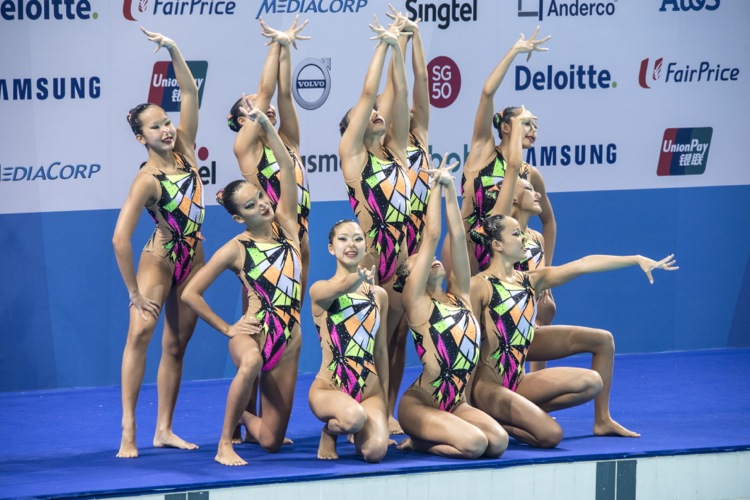 Their highly energised routine set to a jazzy score had the partisan crowd expecting a pulsating performance. The team didn’t fail to impress the crowd, as well as the judges, who gave them a record high total score of 77.0667.

Team Indonesia who won the bronze, performed creditably and were not far behind the pace setters, which bodes well for this sporting discipline in our region.