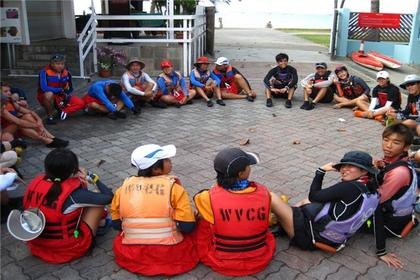 Water Venture Changi, Saturday, June 20, 2009 - 54 kayakers experienced a different sight of Singapore as part of the Southern Islands Expedition 2009, organised by Water Venture (Changi) (WVCG) from the 20 to 21 June 2009.

The journey started from Water Venture (East Coast) at 9am after some icebreaker games were conducted for the participants and a short warm up for the journey ahead. Participants paired up for the journey in double-touring kayaks. The expedition was led by Chia Yee Han and Zheng Jingxin, both instructors from WVCG.

The southern waters of Singapore took the kayakers past Marina South Pier, Kukor Island, Seringat Island, Kusu Island, Kias and St. John's Island. They stopped for lunch on Lazarus Island, where the waters were greenish blue, a pleasant contrast to the usual drab colour of the waters immediately off Singapore.

Along the way, the participants got a view of the Singapore Flyer and the Marina Bay Sands Resort which were still under construction. After being out in the waters for almost seven hours, the group reached their rest point, Pulau Subur Durat, more commonly known as Sisters Island. The total distance clocked was 27km.

The following day started at 9am as well and the group of kayakers made their way back to mainland, and beached up at Bedok Jetty. However, the voyage back was more tedious even though it was only 20km because they had to row against the current. Fatigue from the first day’s exertion also played a part.

With new friendships forged over this expedition, the participants were chatting like old friends and exchanged contact numbers before returning home after two days out.

French expatriates Aline and Oliver Cordier were among the kakayers who enjoyed the expedition. "We really enjoyed it, the people are friendly and it was well-organised," they added.

The organising committee, spearheaded by Joycelyn Sin, started their preparations started in March. Apart form the logistics, the committee had to apply for permits from the Maritime and Port Authority of Singapore for the expedition also.

Kayaking has been offered in various students camps and Nanyang Polytechnic has offered sprint kayaking as a Co-Curricular Activity. 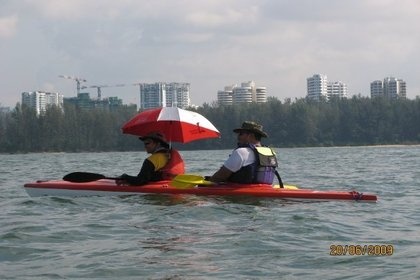 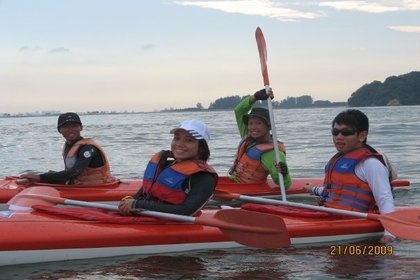 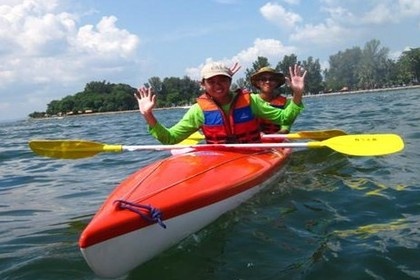 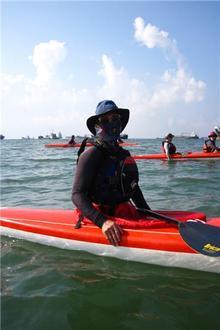 All protected from the sun. (Photo 5 © Muhd Nurhisyam) 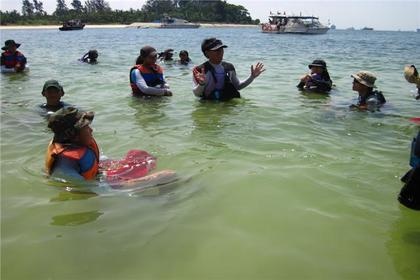 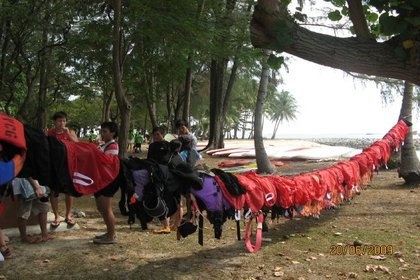 Hanging the spraydecks and personal flotation devices up to dry on Sisters’ Island. (Photo 7 © Tricia Wang) 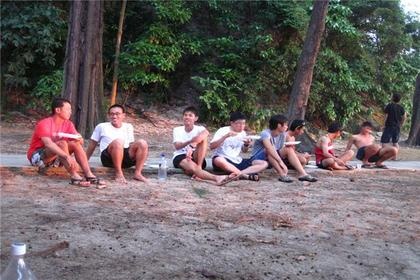 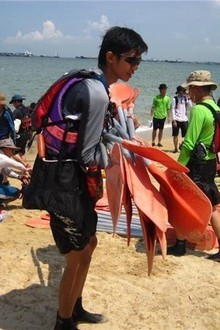 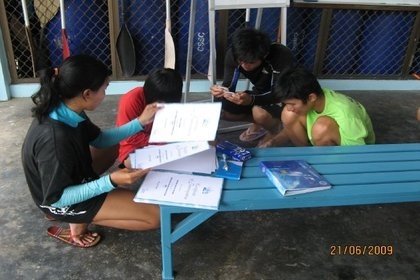 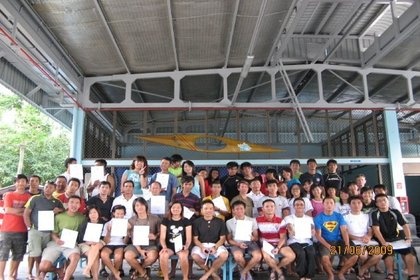