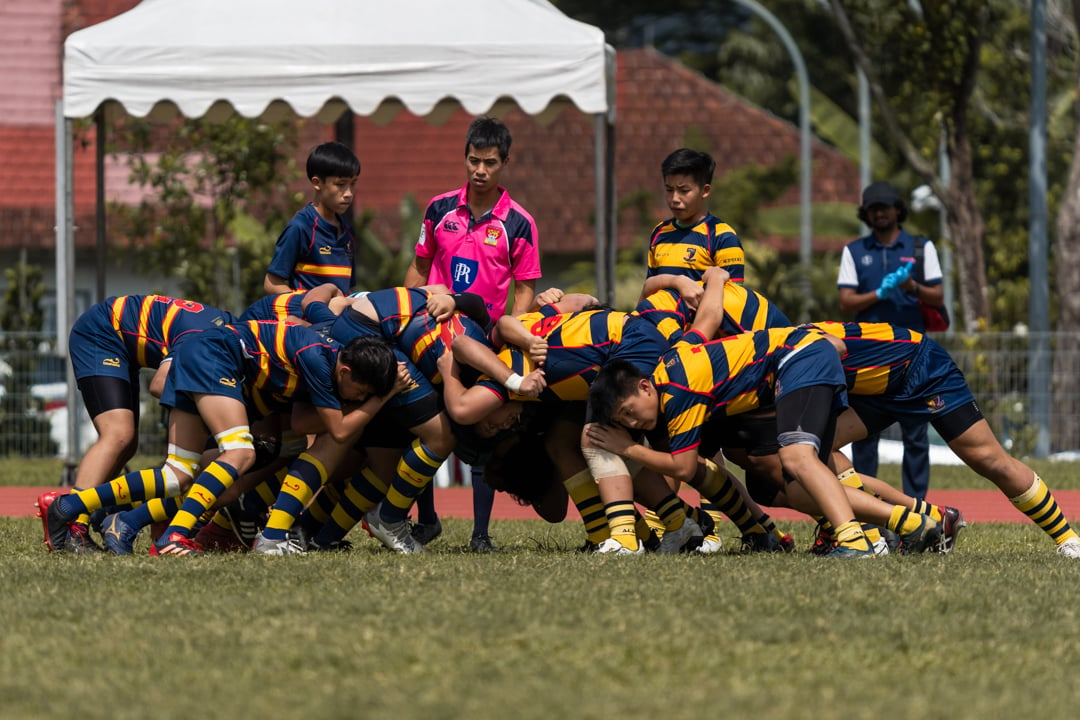 The C Division season brought the return of 15s rugby to the National School Games (NSG) for the first time since the Covid-19 situation began. Earlier this year, the A and B Divisions competed in a 7-a-side format tournament, due to the prevailing regulations.

“It is a good change from the 7s that we watched our seniors play,” said Independent captain Jeremiah Lee (ACS(I) #12). The centre added: “There were a lot more things to cover compared to 7s, but I think the coaches did a very good job… they pushed us to our max.”

Independent flanker Leon Loh (ACS(I) #7) opened the match with its first try, taking the opposition by surprise after scoring from a loose ball. A successful conversion by Curran brought the score to 7-0.

From then on, Independent launched waves of attacks, often scoring only after a few phases. Clinical ‘chip-and-chase’ kicking in open play by Curran created many opportunities for his teammates to rack up the tries.

The Independent fullback also added to ACS(I)’s scoreboard through his conversions, successfully converting all seven of his attempts.

“Being 15s, there are so much more things to cover, and we are always just struggling to ‘finish the syllabus’ so to say – we are just happy that we have made it this far,” said Independent head coach Mr Adrian Chong.

The match was brought to a close even before the first half had concluded. A try from Iestyn John (ACS(I) #29) successfully converted by Christian Hunter (ACS(I) #34) took the score line to 61-0, triggering the 60-point differential mercy rule.

ACS(I) will be looking to complete their ‘Grand Slam’ for 2022, after having won both the A and B titles this year.

A win would also extend their streak at the C Division level, with Independent being the reigning champions from 2016 to 2019. The competition was last played in 2019, prior to the Covid-19 situation.

“We are happy with the progress, and I am very glad that we have made our 27th final in a row,” said Mr Chong. “I think it is just back to the drawing board, working hard, keeping the focus – I don’t think the job is done yet.”

ACS(I) will play St. Andrew’s Secondary School in the final scheduled for August 25 – a repeat of the 2019 C Division final.