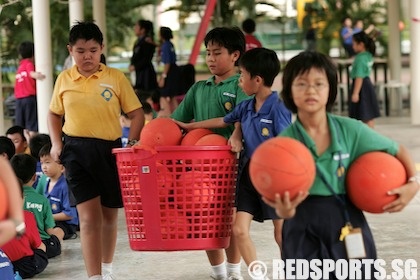 Seng Kang Primary School is the only school in Singapore whose students have daily physical education. This is Part 2 of a feature on why and how the school did it, and the rewards they are reaping. (Part 1.)

After spending several months to understand the needs of its students, Seng Kang Primary School made the bold decision to implement daily physical education lessons for its 1,500 students.

It was a decision easier said than done. As a regular "neighbourhood school" with the same level of resources as other public schools, such a major reconfiguration of the curriculum proved to be an enormous challenge.

What helped was the intense pace of problem-solving. "In the first year, we struggled with differing views and implementation problems. We had a lot of communication. Any problem, we quickly tried to resolve it as much as possible," recalls Mrs Lew-Lim, the school's principal. "I think the teachers saw our sincerity in working out the thing. And when they saw success, it helped."

One significant hurdle was the adult mindset. Mrs Lew-Lim cites the example of the noise level.

"There is an adult threshold. Some adults can't stand noise. They think, ´No way, this is madness, this is not acceptable.' So that conversation, that negotiation had to take place,” she said.

“We had to adjust and reach a point where we could say that, unless the kids are just yelling for its own sake, this [noise] is good, this is child-centered. If they are laughing and talking loudly, it is being a child."

Another huge constraint was the shortage of PE teachers to handle the sharp increase in lesson time.

"We could not work on a model that relies just on PE-trained teachers to deliver PE," explained Devindra Sapai, Head of Pupil Development and Advisor to the PE and CCA department.

So PE-trained teachers were deployed to teach mainly upper primary students. "We identified a second group of staff who are inclined to teach PE. And we got the specialists to come down to train them so that they can deliver the lessons," said Devindra.

Remarkably, more than half the school's teaching staff have been trained to give PE lessons to lower primary students.

Another nightmare issue was timetabling and allocating Seng Kang's limited facilities. "We make use of every space that is possible," says Quek Jiamin, Level Head for PE, CCA, Aesthetics and Health Education. "The bus bay, music rooms, foyer. Sometimes when the hall is maximised, we even go onto the stage for smaller classes!"

Seng Kang also used daily PE as a way to develop leadership and initiative among its students. Each class has four designated PE leaders.

"The teachers will give them the weekly scheme of work. And we trust the PE leaders to bring the class down to the designated venues," explains Jiamin. “The PE leaders are also entrusted with responsibilities such as setting up and storing PE equipment.”

One issue that became clearer as daily PE was implemented, was that curriculum time was shortchanged because of the need to change in and out of PE attire. "In the morning they would come in PE attire," says Jiamin, "and after recess they have to change back to their regular uniform. You would see a lot of t-shirts lying around."

Students would also need to bring an extra set of clothes to school, and some would forget altogether.

So in 2005, the school took another radical step of introducing a new uniform that could be worn for PE and in the classroom. The t-shirt-based design combines quick-drying cotton fabric with "Dri-Fit" material.

In fact, since so many of the teaching staff are involved in delivering PE, the teachers too are allowed to wear PE attire every day.

The new uniform also had other benefits. For example, the previous uniform policy required all students to wear a tie on Mondays.

"Then you've got to chase all the fellows who didn't wear their tie, and then you have to record their names," said Devindra. “It was a major effort that took up a lot of resources.”

A sure sign that daily PE has become an integral part of Seng Kang's culture is that teachers are now reluctant to forgo PE lessons, even for PSLE revisions.

"I saw that change for myself," marvels Mrs Lew-Lim. "Now the teachers say, no, let the children go for PE. Anything but the PE. Don't touch it. They see the effect of PE – let them get out there and release, then you can get a better mind."

In fact, Mrs Lew-Lim shares that Seng Kang teachers now proactively bring the children outdoors outside of PE lessons, whether to break the ice or work on various issues.

What benefits has the school seen from its regimen of daily PE? Find out in Part 3 of this feature. © Red Sports 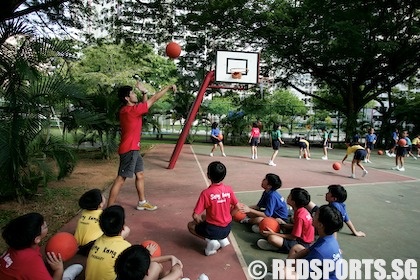 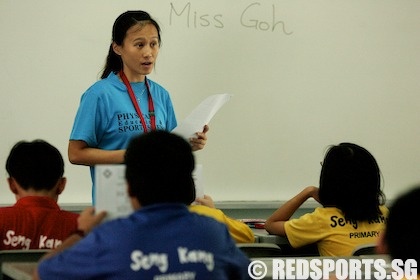 "We make use of every space that is possible," says Quek Jiamin, Level Head for PE, CCA, Aesthetics and Health Education. (Photo 3 © Les Tan/Red Sports) 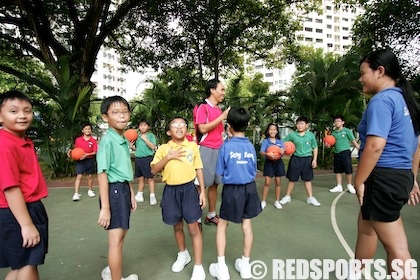 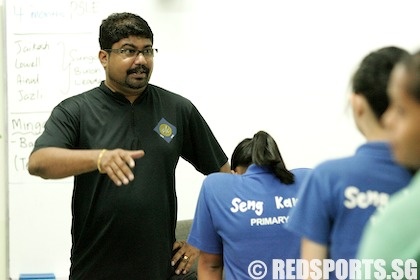 "We could not work on a model that relies just on PE-trained teachers to deliver PE," explained Devindra Sapai, Head of Pupil Development and Advisor to the PE and CCA department. (Photo 5 © Les Tan/Red Sports) 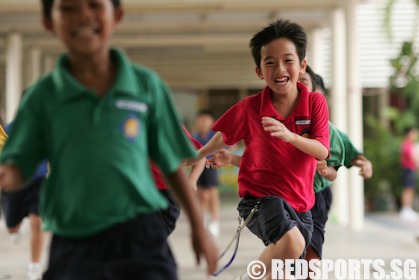 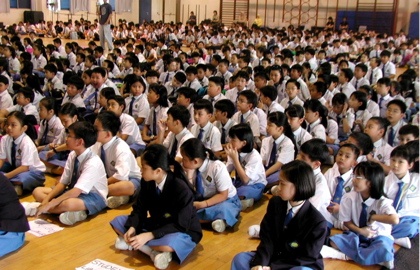