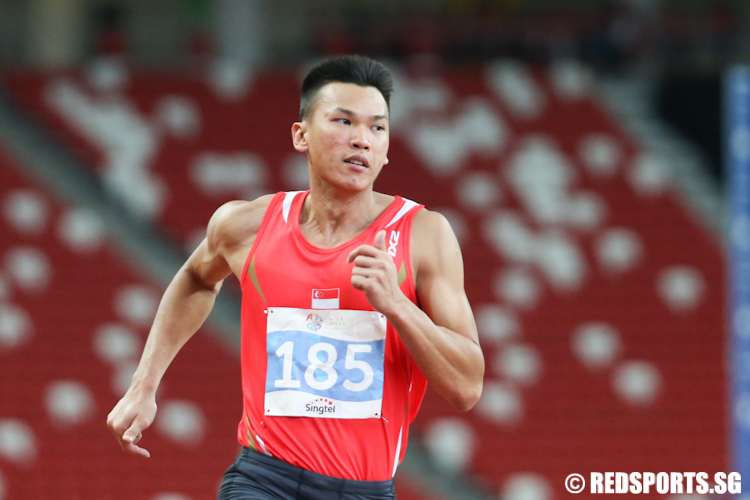 National Stadium, Wednesday, June 10, 2015 — After a gruelling schedule of 10 events in two days, Singapore’s Lance Tan emerged eighth in the Men’s Decathlon at the 28th Southeast Asian (SEA) Games. He set a new Personal Best (PB) of 4,922 points, 161 points ahead of his old one set in March.

Upon completing the 1500m, his final event, Lance proceeded to the stands to propose to his girlfriend. A prompt ‘yes’ ended the 28-year-old’s SEA Games campaign on a sweet note.

Taking the gold in this event was Vietnam’s Nguyen Van Hue with 7,232 points. Silver went to Jesson Ramil Cid of the Philippines while teammate Janry Ubas rounded off the podium. Both athletes completed the decathlon with 7,065 and 6,796 points respectively.

The Games record for the Men’s Decathlon stands at 7,558 points. It was set by Vietnam’s Huyen Vu Van in 2009.