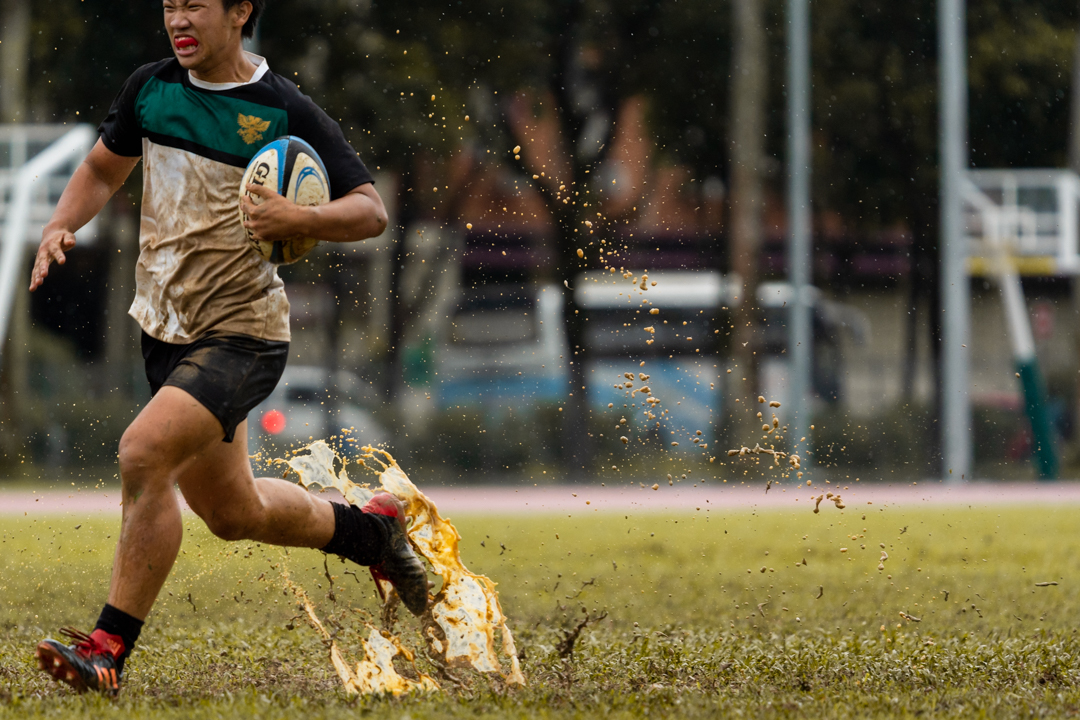 Ernest Yap (RI #6) trudges through the mud, on his way to score a try for Raffles. (© Bryan Foo/Red Sports)

MOE (Evans) Stadium, Thursday, April 21, 2022 — Although headlined by the cup final derby between brother schools Anglo-Chinese School (Independent) and Anglo-Chinese School (Barker Road), the wet and muddy afternoon also saw six other teams battle it out to decide the podium for the Bowl division, as well as the second runners-up in the B Division National School Games (NSG) Rugby Cup.

Although the season was fraught with challenges brought about by the Covid-19 situation, the players remained in high spirits as they were once again able to compete in the NSG.

Saints vice-captain Oliver Chew said: “It is a huge privilege to be able to play after this Covid hiatus, everyone is riled up and excited to get back onto the field again.”

This sentiment was also echoed by St. Andrew’s teacher-in-charge Mr Benedict Tan. “After two years of no play, coming back to sports is something that is very much required in our schools… I think this is a very welcomed move for everybody.”

The return of contact rugby to the NSG was not without its challenges. Although the relaxation of Covid measures at the time was a reprieve to the sport, modifications had to be made to protect the health and safety of the students.

For the B Division NSG 2022 season, rugby was played in the 7s format instead of the familiar 15-a-side game, in line with the prevailing measures. Each school fielded two teams of 12 registered players each.

The first team competed in a match of 7-minute halves against the first team of the opposing school, while two fresh team of players played against each other in the second match. The winning school team was the one with the higher aggregate points total. 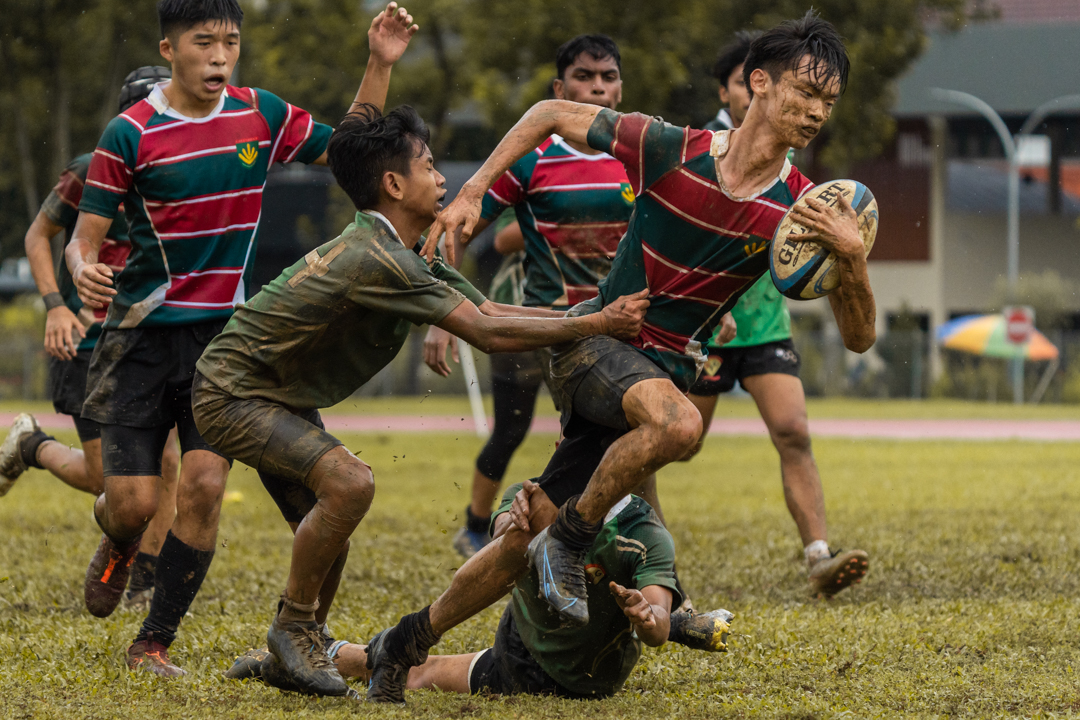 Greenridge took the lead in their first match against Evergreen with a 17-0 scoreline. Evergreen looked to close the 17-point deficit in the second match, putting in an admirable 20 points on their scoreboard. However, Greenridge did not relent – adding a further 12 points to their scoresheet to secure their title with an aggregate 29-20 final score. 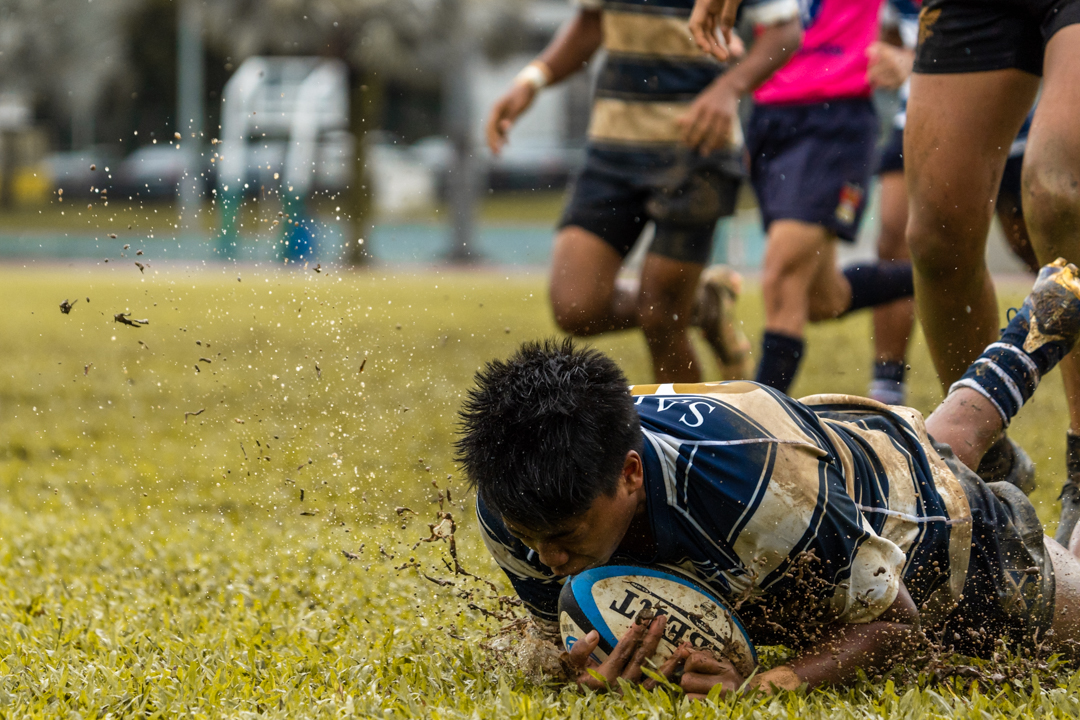 In the Cup category, the Saints marched into their first match, scoring a commanding 41 points against Raffles. Raffles were only able to score a consolatory unconverted try, bringing the full-time score for the first match to 41-5.

The scoreline of the second Saints-Raffles matchup was much tighter, with RI eventually pipping the boys in blue and white 17-14. However, Raffles were not able close the gap brought on by the Saints’ dominant first match. St. Andrew’s thus finished third in the Cup with a final score of 55-22. 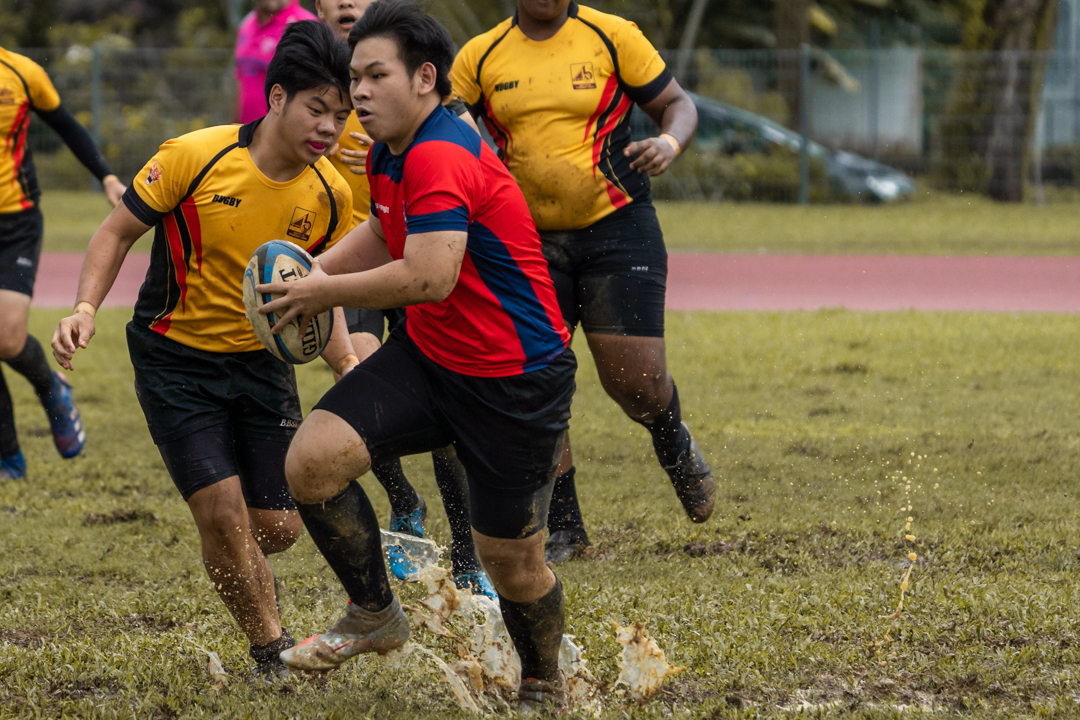 “I think 7s is a warm-up, but I would prefer the 15s, because 15s [rugby] will involve more of the forwards and the overall team… but I think it is a good start,” said Mr Tan, hopeful for the return of 15s rugby to the NSG.