SYOF Badminton (Girls): Sports School and NYGH emerge tops in U-17, U-15 categories 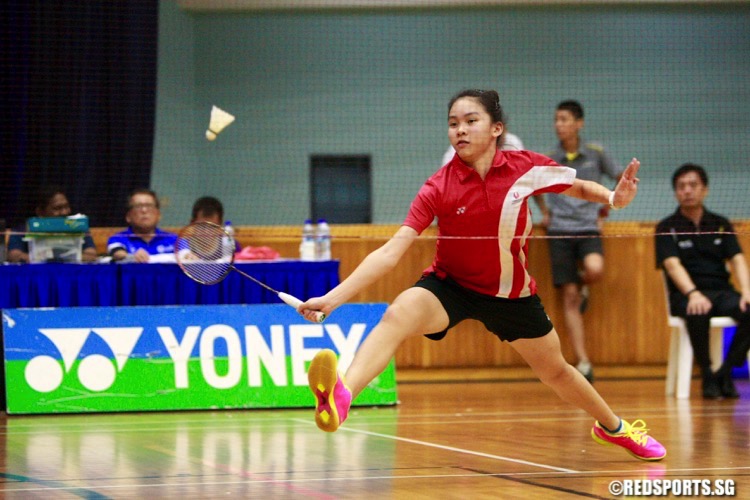 The Sports School team, made up of Chiu Jing Yun, Tyu Kewei, Ashley Lim, Bernice Lim, and Jaslyn Hooi, were undefeated in five match ups. The two teams were also drawn together in Round 1, and Sports School had won that encounter 2-1.

Said Jaslyn, “The most fun part of the tournament was watching my teammates and cheering each other on.”

The Sports School players were part of the team that finished as both North Zone and National champions in the B Division earlier this year where they met Singapore Chinese Girls’ School in both finals.

Both Bernice and Jaslyn will be taking part in the ASEAN School Games that starts on 21 July in Chiangmai.

Said Sharyn of NYGH, “We took part to gain experience and exposure. It was fun get to meet different people from different walks of life.”

Some of the Nanyang Girls’ High players took part in the C Division Championship earlier this year where they finished as West Zone champions and also managed a fourth placed finish at Nationals.

A total of 26 teams took part in the girls competition, with 19 teams in the U-15 category, and seven in the U-17s. The boys competition saw 43 teams sign up.

The SYOF, into its sixth edition, is a fun multi-sport event for youths aged 18 and below to commemorate the anniversary of the inaugural Youth Olympic Games (YOG) held in Singapore in 2010.

Badminton is one of 11 sports making up the festival. The other sports are athletics, fencing, 3-on-3 basketball, football 7s, rugby 7s, sailing, shooting, table tennis, taekwondo and volleyball.