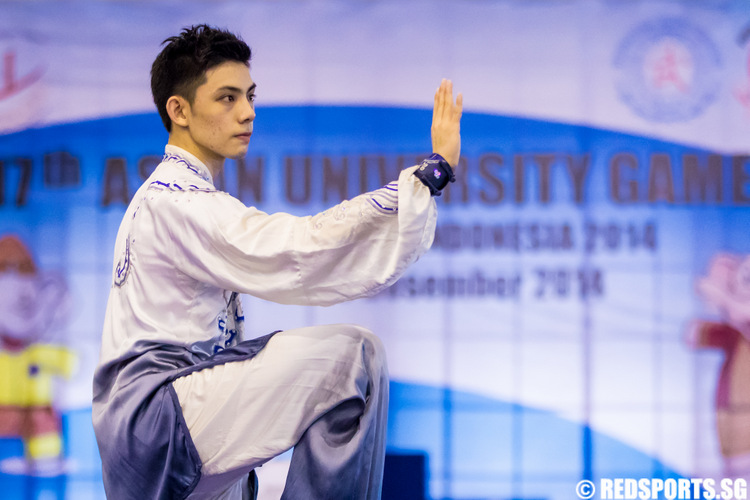 The biennial Games saw participation from 11 countries, including the 10 ASEAN member states and Timor Leste. Singapore had previously finished sixth in the 2012 Games with three golds, six silvers and 23 bronzes.

Badminton
Ashton Chen settled for the men’s singles silver after going down 0–2 (12–21, 14–21) to Malaysia’s Iskandar Zulkarnain Zainuddin in the final. Chen, along with Aaron Tan, Thng Boon Seong, Masahiro Tan and Muhadmmad Syafiq, went down to Indonesia 1–3 in the men’s team 3rd/4th playoff game and finished in fourth place.

Basketball
The women’s basketball team avenged a 39–61 loss to causeway rivals Malaysia in the group stage, beating the latter 75–54 in the 3rd/4th playoff to clinch the bronze medal.

Fencing
In the women’s epee individual final, Celine Chong bested Thailand’s Thongphueak Wanpipa 15–13 to clinch the gold medal. Tan Yuan Zi clinched the men’s foil individual gold with a 15–10 victory over Malaysian Muhammad Aqil Anuar in the final. Singapore missed out on a possible one-two finish when Zhang Zhenggang sustained a serious knee injury in the semi-final against Malaysia’s Anuar. Despite his injury, Zhang remained in the game but eventually went down 15–11 to Anuar, and subsequently forfeited the 3rd/4th playoff. Along with Tan and Cheok Liangjie, Cao Yubo, who replaced Zhang in the men’s foil team final, went down to Indonesia 40–45 to settle for the silver. Christabel Yong defeated Safitri Ima of Indonesia 15–5 to clinch the women’s sabre individual bronze.

Football
The men’s football team finished the tournament with a 1–2 win-loss record. In their final group stage match, the team went down to causeway rivals Malaysia 0–5 and failed to qualify for the semi-final.

Karate
Daryl Thong narrowly missed out on a podium finish after he went down 6–7 to Aung Khin Sitt of Myanmar in the bronze medal bout of the men’s kumite (under 60 kg) competition.

Table Tennis
The men’s team of Sean Lee, Deng Yaoliang and Lim Jie Yan lost 0–3 to Vietnam, but clinched the bronze medal as there are no 3rd/4th playoff games. Deng and Lim also earned the men’s doubles bronze in similar fashion, after going down 0–3 to Thailand.

Taekwondo
Sherman Wee, Chow He Nian and Glenn Ong of the taekwondo team won Singapore’s first medal at the Games when they finished third in the men’s poomsae.

Volleyball
Both the men’s and women’s volleyball teams were pitted against the respective national team selections for the upcoming 2015 SEA Games. The men’s team missed out on the bronze medal after a tough 1–3 (22–25, 18–25, 25–17, 23–25) loss to Malaysia, while the women’s team earned a fifth-placed finish.

For more information on the 17th AUG, visit: http://aug17indonesia.com