NYSI Water Polo: NP come from behind to finish season with 12-8 win over RP 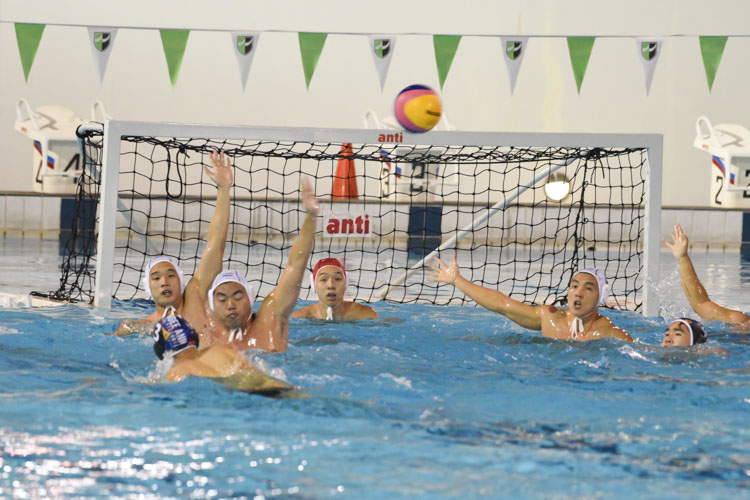 With this result, the boys in blue finished fourth in the league with two wins and three losses and at the start, it did not look like they will come away with the three points at all, as admitted by NP’s captain Don Tan.

“In the first half we made a lot of stupid mistakes, like if you see our shots, all our percentages were very low — all flying wild and everything,” said the 18-year-old student.

NP took the first goal of the match in the fifth minute but they would soon lose it as RP went on a run — scoring five unanswered goals to stretch their early lead to 5-1. But with the help of Shawn Koo (NP #4) and Bertrand Khoo (NP #8), the away side managed to reduce the deficit and finished the first half trailing by just two goals at 5-3.

It was really in the second half that NP stepped up the pressure on the home side by implementing a very high pressing game and forcing turnovers. By marking the boys in white very tightly, NP was able to turn the tide of the game. Three quick goals in the opening third quarter by James Lim (#9), Zhen Yu (#3) and Esmond Sim (#11) made it 5-6 and NP never lost their grip on the lead from then on.

NP’s captain Don Tan said that his team was focused and confident coming into the game and had a simple target in mind: “We must get a win”.

“We believed in ourselves enough and we know that we can beat them and eventually we did it and we came back.”

RP managed to level the score to 6-6 late in the third quarter through Hendric (#3) but it was one-way traffic after that as NP thumped five consecutive goals before closing out the match 12-8 comfortably.

The home side’s skipper Adric Ng conceded that his team’s performance was not up to par as they slumped to a 1-3 win-loss record.

“There has definitely been better games,” said Adric, 19, after the match, who added that his team struggled with not having enough substitutes.

But he remained positive about the team saying that they have improved over the course of the league.

“Last time (during the previous) POL-ITE games, we will be losing by 20 over goals but today was quite a match. So I guess we can say that we did improve and we will definitely work harder for POL-ITE,” said Adric.