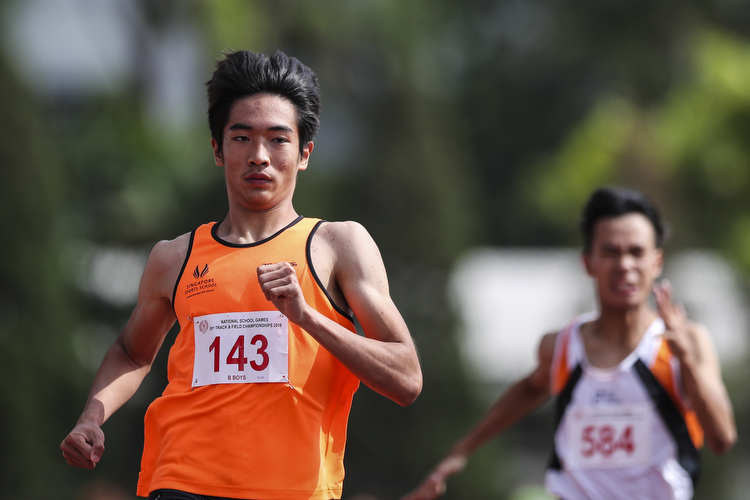 He clocked a time of 21.83 seconds, with a tailwind of 0.7 metres per second. That bettered Poh Seng Song’s national under-17 mark of 21.87s set in August 1999 at the ASEAN Schools Championships.

“I wasn’t expecting it and I didn’t believe it at first, but at that point of time, my feeling was way up, but then it all went down, because I know my training is going to get tougher,” said Reuben jokingly.

Reuben, a Singapore Sports School student, was eight hundredths of a second behind gold medalist Yosapat Jarapanyanont of Thailand, who he hopes to beat in the near future. After breaking Poh’s longstanding mark, the 16-year-old’s next milestone must surely be Mohd Shameer’s under-18 record of 21.76s.

Jenny Lim, the Senior General Manager of the Sports School’s Track and Field Academy, could not be prouder of her charge.

“I immediately called Dipna (Lim Prasad) to tell her about the results, and she said, ‘it’s high time.'” Dipna, a current national athlete and a Sports School alumnus, is married to Poh.

Reuben is currently also competing in the 59th National Inter-School Championships. He topped the B Division 100m heats with a time of 11.21s, before flying to Bangkok for the SEA Youth meet. A day after returning to Singapore on April 5th, he then equaled his 100m personal best of 11.16s in the semi-finals.

The final will be held on Thursday, April 12th, at the National Stadium.