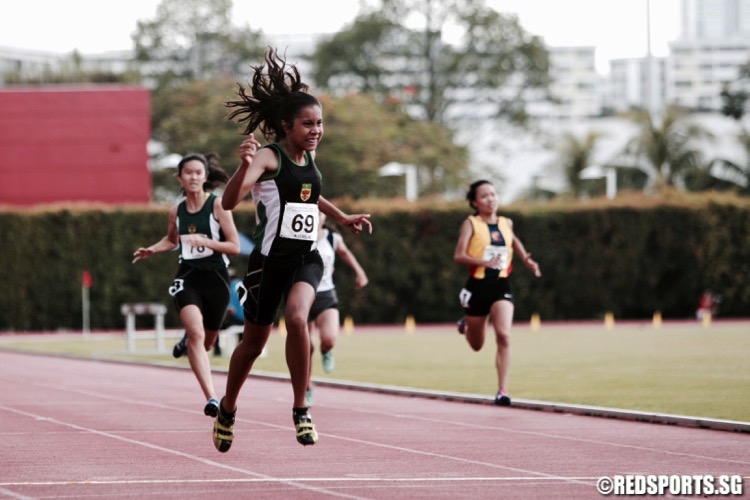 Her margin of victory is the largest in this event since 1991, when former national sprinter Mona Kunalan, then of Swiss Cottage Secondary, clocked 25.5s over second-placed Clara Ong, who ran 27.3s while representing National JC.

Sharing her post-race thoughts, the RI Year 5 student said, “I’m happy with the first position, but not so much with the timing. I had injuries and also fell sick at the start of the year, so it was quite hard for me to pick up after that. But I’m still grateful for the gold.”

Amirah will now look to complete the sprint double, as she has qualified fastest for the A Division Girls’ 100m final, clocking a personal best of 12.97s in the heats. This is the first time that she is competing in the 100m event.

She will also be running in both the 4x100m and 4x400m relays for her RI team. The 100m and relay finals will all take place on Friday, April 29, at the National Stadium.