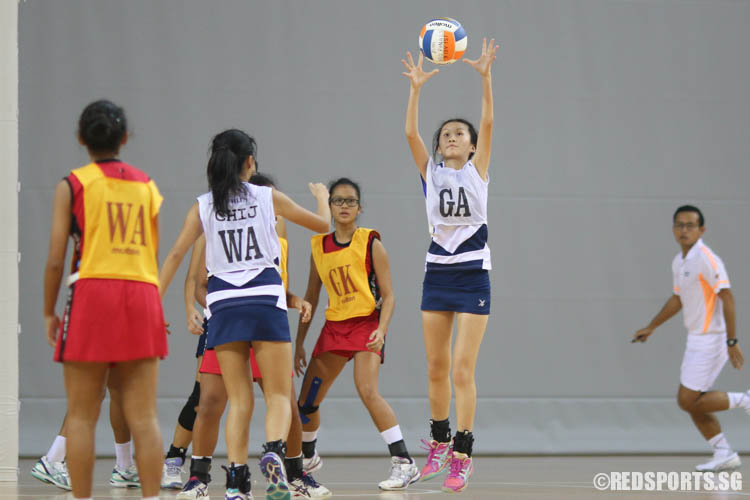 After a close first two quarters where they led by only five points, CHIJ(TP) outscored Dunman 23-8 in the remaining two to seal the championship title.

This is the third double championship win in the last four years for CHIJ(TP). Apart from 2015, they also won the double in 2013.

Dunman started off by scoring three consecutive points within the first two minutes of the game with no reply from CHIJ.

CHIJ warmed up and made a comeback, tying it at 4-4 by the six-minute mark. CHIJ used strong, short passes to bring the ball up, scoring five unanswered points to lead 9-4 at the end of the first quarter.

CHIJ dominated the court at the start of the third quarter, holding Dunman to just one point as they scored five to lead 22-10 with three minutes played. The Dunman managed to then match CHIJ in points scored for the rest of the quarter but CHIJ still held a 28-16 lead heading into the final quarter.

Dunman did not back down, starting the fourth quarter strongly and managed to reduce the 12-point deficit to nine (21-30) four minutes in. CHIJ outscored Dunman 6-2 for the rest of the quarter to wrap up the 36-23 title win.