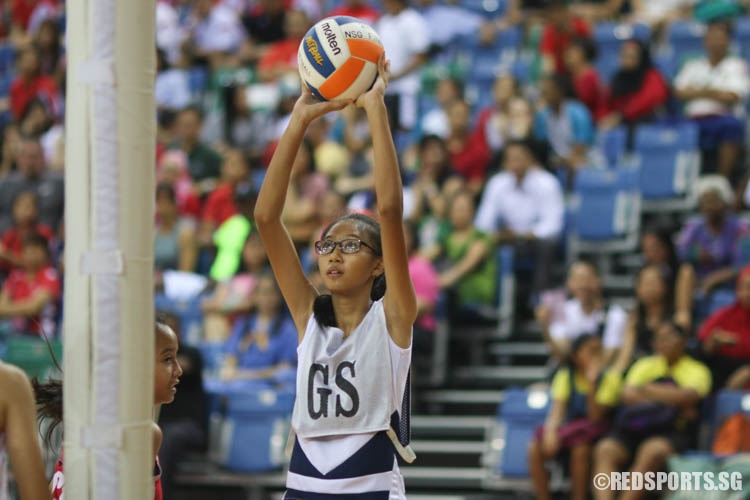 “We were nervous at first but we got comfortable after awhile. I am proud of my team because we worked so hard for 6 months, with blood, sweat and tears. Anything worth it will not come easy,” said Eda Yasmin captain of CHIJ.

CHIJ took a 3-0 lead three minutes into the first quarter. Using a series of strong, long passes, SSP caught up slowly and reduced the deficit to two points (5-7). The fist quarter ended with CHIJ with an 8-5 lead.

CHIJ continued to attack aggressively in the second quarter. With a series quick passes, they managed to bring the ball up the court to score many points.

SSP composed themselves, and were able to reduce the deficit, outscoring CHIJ 5-4 to trail by five points (11-16) heading into half time.

Both teams traded points for the first five minutes of the third quarter, scoring three each as CHIJ kept ahead at 19-14. SSP guarded their opponents very tightly and managed to slow CHIJ down, but their shots were just not falling. CHIJ went on a 7-1 scoring streak to lead 26-15 heading into the final quarter.

CHIJ dominated the court in the fourth quarter, scoring quickly, as SSP found it difficult to break down their defence. CHIJ outscored SSP 13-4 in the final quarter to wrap up the 20-point, 39-19 win to retain their National Championship.