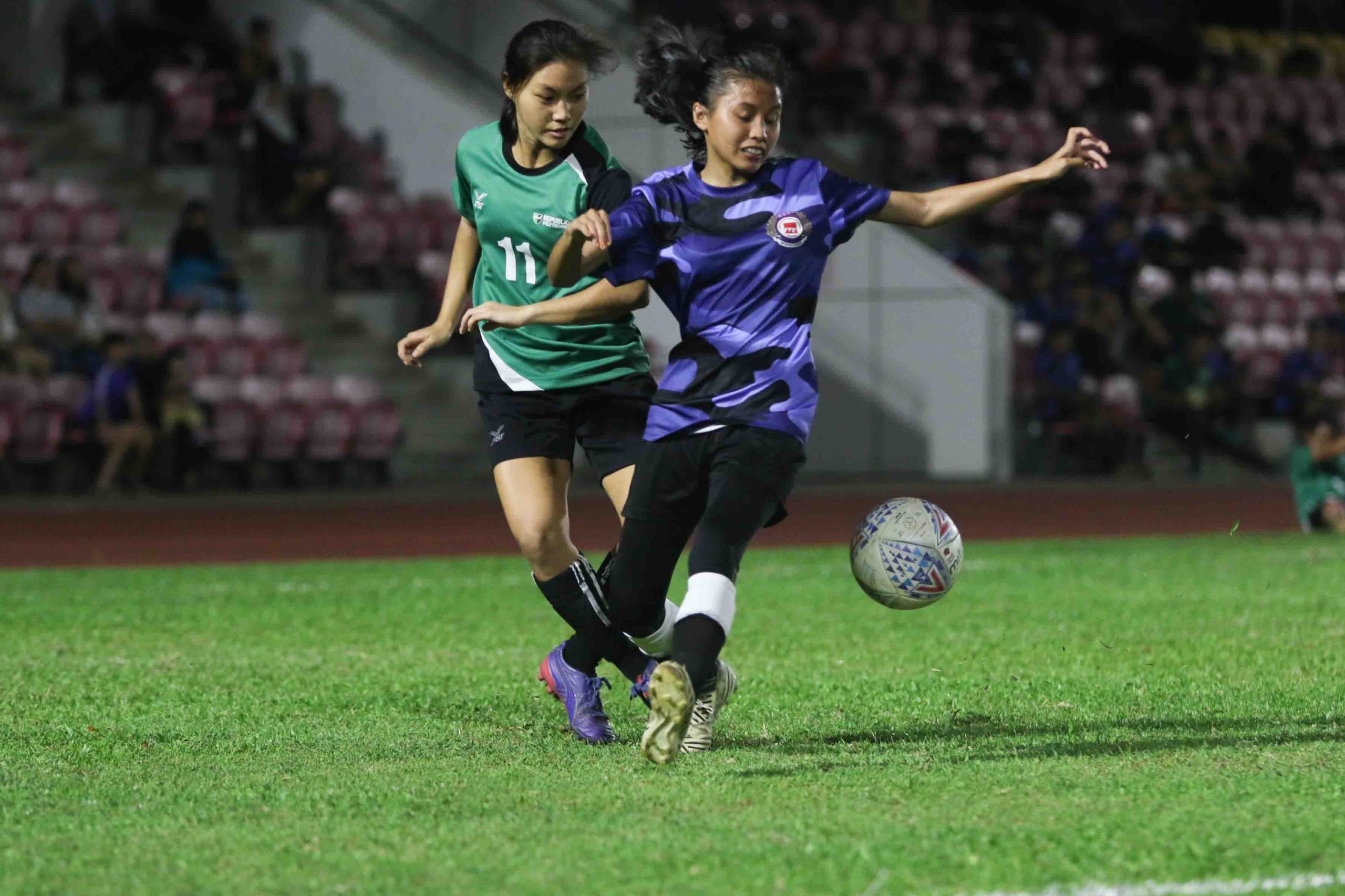 ITE College East, Monday, 11 November, 2019 — The determined Republic Polytechnic (RP) hustled hard against Institute of Technical Education (ITE) to not only score a goal through Nur Izzati (RP #13), but kept their opponent muted throughout the entire game as well.

With a 1-0 score, RP decisively edged past ITE in the 2019 Polytechnic-Institute of Technical Education Games (POL-ITE) football championship.

“As a team, we started off with the mindset to dominate the game,” said defender Nur Farhanah (RP #22). “And we did manage to keep possession and keep going for the goal.”

Right from the whistle, RP took the onus to begin their attacks getting a few shots on target. Unfortunately for them, keeper Siti Normilah (ITE #1) managed to save all the shots for the first half of the game. A lack of support within the penalty box also played a part in their loss in ability to strengthen their offence.

Nevertheless, their relentless attempts were a true show of dominance and hunger to win.

Though ITE did not have as many touches with the ball as RP, every chance that they had were utilised to attack.

Siti Nor Aqilah (ITE#14) showed an outstanding performance to play a critical role in her runs down the right wing of the field as it allowed the set-up of several offensive plays.

While she did manage to send a few kicks in to the middle-front, her attacks were disrupted by Farhanah (RP #22).

Right before the halftime whistle, a good combination play by Nuriliana Bte (RP #21) and Izzati (RP #13) threw off the defenders to score the game-winning goal.

After having received a cross from Nuriliana (RP #21), Izzati (RP #13) broke through the defenCe and sped ahead to beat the keeper. The play finished off nicely with the goal.

After the break, ITE started to increase the frequency of their attacks. Regrettably, their shots did not reach the post directly and some missed the post by mere centimeters.

Every free kick by ITE was also deflected by the persistent RP players and keeper Mursyidah Dini (RP#1).

“Every game is a stepping stone to learn from our mistakes,” concluded Farhanah (RP #22).

“At the end of the day, we are one Republic. We played together, fought hard together and got three points in the bag in return.”

RP will be looking forward to their next home game, where the girls will be going against Temasek Polytechnic.