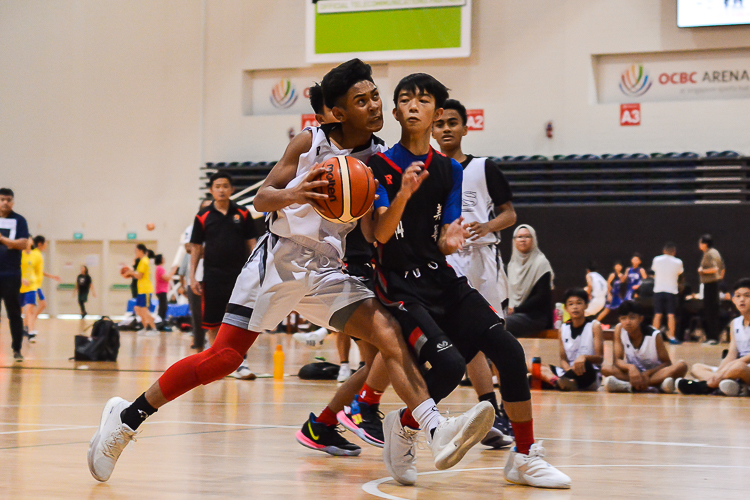 Muhammed A’aqif (US #11) led the scorers with 17 points and (MS #9) followed behind with a stellar performance of scoring 11 points of his own.

Mayflower took the initiative to score the first point on a turnover. At first, Unity struggled to get into paint due to Mayflower’s stout defence.

Nevertheless they stayed alert and with the help of Muhammed A’aqif (US #11) who went coast to coast on a fast break, scored their point.

In the second quarter, both teams appeared to be more warmed up. Mayflower scored several points during the turnovers, when Unity’s defence was not set.

Defensive rebounds were caught and this allowed counter-attack for both teams. The score was thus tied multiple times during the match.

In a bid to step ahead of Mayflower, Unity began to make rushed but inaccurate passes. The show of their nerves led to points being converted on Mayflower’s end.

However, as the game approached the final minutes, Unity bolstered ahead of Mayflower in offence and showed a discipline defence form. This allowed them an eight point gap with the opponent.

The game of time began as Mayflower struggled to gain possession to score points in a bid to win the game. However, Unity chose to stall for time and kept passing on the outside. This gave Mayflower little opportunity to fight for possession, and thus as the clock hit zero, Unity walked out with a win in their bag.

When talking about the team’s goal for National’s, Muhammed A’aqif (US #11) had this to say: “Hopefully, we will make it as one of the top four teams. We aim to work together as a team and once a mistake is made, we learn from it.”