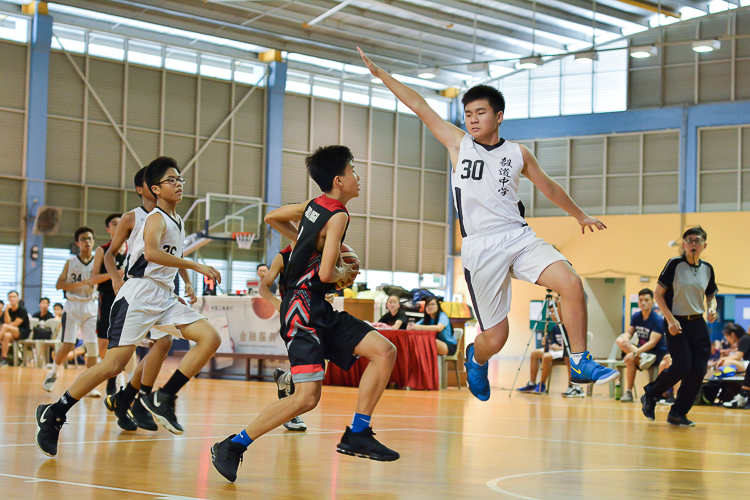 Right from the opening quarter, CHS were unafraid to show their aggression through a relentless full-court press. It was hard to beat and gave them an edge over YTS’ play. In addition, Lim Yi Heng (CHS #10) scored many points for his team through fast breaks. CHS also had a cohesive defense play-up which silenced the attacks that came from the center.

In a bid to overcome their disadvantage, YTS managed to spot holes and mistakes in the CHS defense. This meant that their attempts at three-pointers and lay-ups were more accurate and often converted into points on the board. The game was a tight affair as the teams were closely matched in terms of skill, leading to an early run of 16-13 with CHS only slightly in the lead.

Muhammad Azzery (YTS #32) proved to be a prominent center and got most of the rebounds that led to fast breaks. These were judiciously converted into points by YTS.

After the break, CHS tirelessly continued to enforce immense pressure on their opponents through their full court press. In addition, they introduced a new defensive tactic of double-teaming their opponents. While YTS, at some points, did manage to pass the ball out before being cornered by two CHS’ players, it is often the case that the ball possession was handed over.

With the game coming to a close, CHS kept up their intensity while YTS remained relentless. In a bid to close up the 24 point gap, Siow Yi Zheng (YTS #34) played a crucial role in taking shots from outside. While this earned them several 3-pointers, the gap was simply too wide for YTS.