SUniG Basketball (Men): NUS rally in the fourth to clinch 57-50 victory over NTU 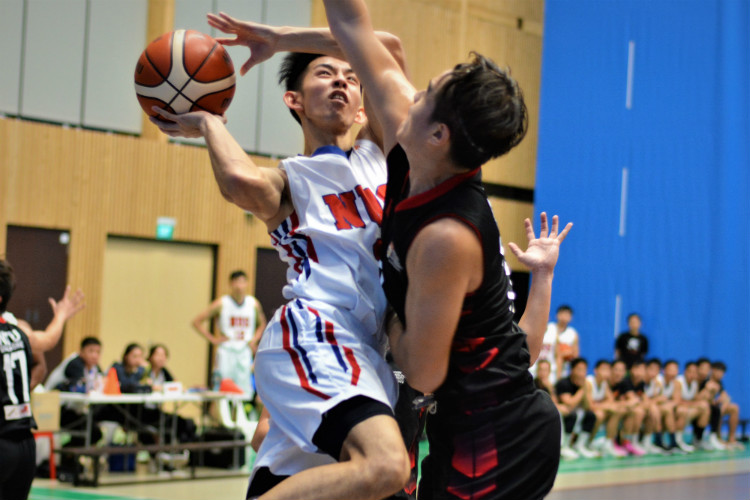 With this win, NUS continue their undefeated streak with a 5-0 win-loss record while NTU got handed their first loss of the season, falling to a 2-1 win-loss record.

NUS captain, Lim Dao Han (NUS #24), commented, “I think we started off not being able to execute. Our game plan was to stop them on the transition and play the half court against us. At the same time, we wanted to win them on the defensive boards. But I think we didn’t do that in the first half.”

NUS were trailing in the first half. NTU were relentless on their offense as Darryl Lee (NTU #30) scored eight of his game-high 18 points in the first quarter. Despite that, NUS kept the game close by capitalizing on their shots.

Dao Han (NUS #24) added, “However, in the second half, that was when we really executed on both offense and defense as our guys got into a groove.”

Indeed, NUS were able to step up on their defensive efforts to clam down on the NTU offense. Arno Paulus Didier Ricou (NUS #6) led the charge as he knocked down jumpers after jumpers to cut NTU’s lead and eventually edge ahead of NTU.

The stifling defense prevented NTU from making baskets but Lyon Chia (NTU #0) knocked down a three with about a minute left to play to cut NUS’s lead down to 55-50.

Despite that, NTU were not able to capitalize on several chances and rushed their shots. NUS made use of the missed shots to calmly execute their offense. Arno (NUS #6) had ice cold blood in his veins as he knocked down a go-ahead jumper to seal the deal.

While NUS won the game 57-50, captain Dao Han (NUS #24) felt that there were much to be improved on for his team and hope they will get better for their next game.

“Overall, I think we could have done better but I am proud of all the guys for executing and sticking to the game plan. Obviously, coming in we want to win the championship. With one team left to play, we will try to lock in and get things done,” he said.

NTU captain, Brian Wong (NTU #2), commented, “I feel like we started the game very well but we got tired and sloppy. We committed a lot of careless turnovers which actually cost us the game. However, this is the group stage and we got to keep our heads up and play well in our remaining games against Singapore University of Social Sciences (SUSS), Singapore Institute of Management (SIM) and Singapore Institute of Technology (SIT).”