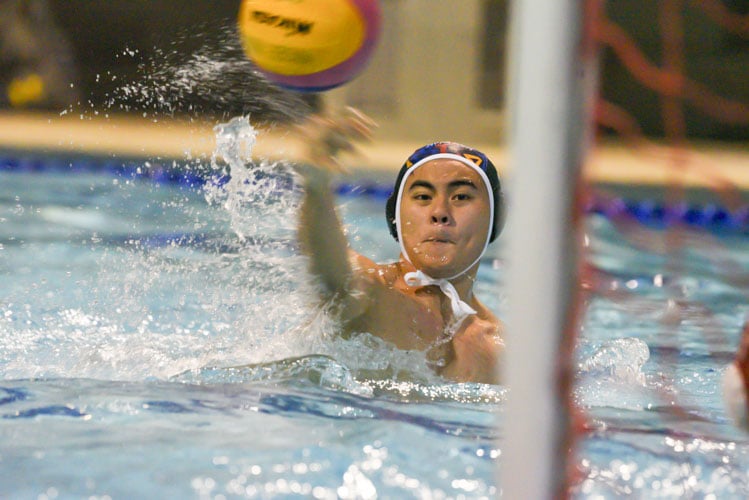 NP spread the scoring duties evenly among the team with 10 scorers altogether. Shaun Sivadas (#4), Shawn Koo (#6) and Jie Jin Xun (#10) led the way for the home side scoring three goals.

Despite the win, NP’s skipper Don Tan said the team should not be contented.

“It’s our first victory, I think we played okay, I mean we won but then there are still a lot of mistakes that we can improve on,” said the 18-year-old after the match.

“I am quite happy with (the victory) but then I feel that we shouldn’t be contented with it,” said Don, adding that the team still needs to work on their stamina and awareness.

From the start, NP was raring to go and dominated proceedings against NYP. Jin Xun (NP #10) opened the scoring within the second minute and there was no stopping the boys in blue after that.

They found the net with ease, scoring seven consecutive goals as NYP had no answer to their quick attacks. By the end of the first two quarters, both teams went into the break with NP leading 11-1.

NYP with their young team, struggled to keep up to NP’s pace even after the two teams switched sides. It was only in the fourth quarter that they managed to put up some semblance of a fight, scoring three goals in the last five minutes to finish at 17-3.

NYP’s captain Eugene Tan said that despite the loss, his team put up a good fight and can hold their heads up high.

“There are a lot of year ones here, they really persevered throughout the whole game,” said the 18-year-old, who could not play in the match due to a torn finger ligament and was shouting at his teammates during the game.

“Hopefully I will be able to recover in time for POL-ITE and play with my teammates, POL-ITE is at the end of the year so the trainings are going to get more and more intense.”