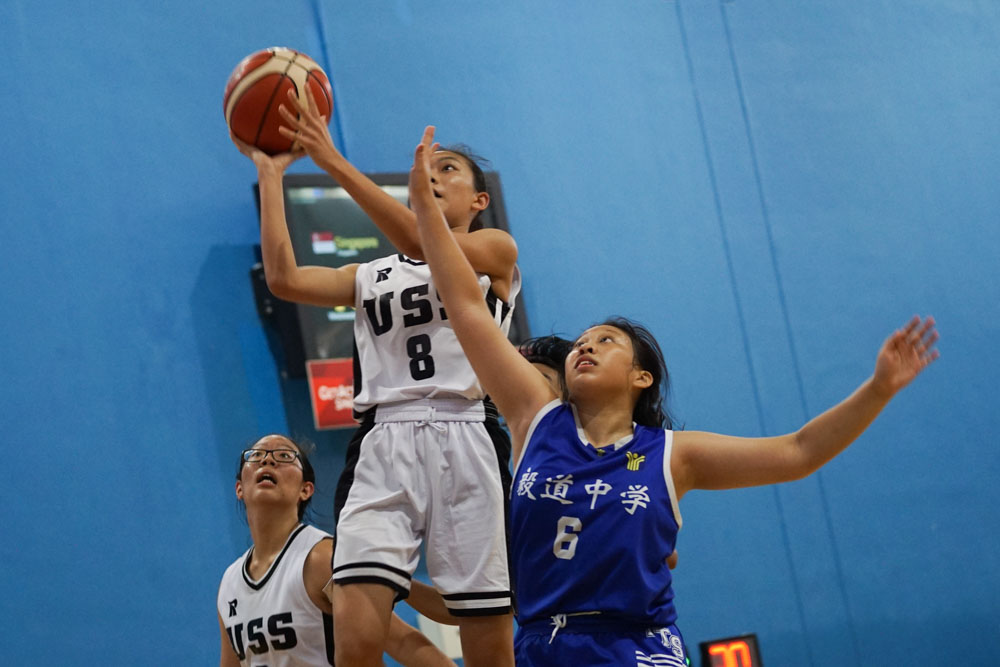 Nadirah (Unity #8) leaps past her opponent to score for her team. (Photo 1 © Benedict Yeo/Red Sports)

With so much at stake, the Yishun girls were clearly nervous and paid for their unusually sloppy shooting. With shooting guard Alayna (USS #11) leading gameplay, Unity advanced quickly on fast breaks, leaving their opponents trailing in their wake. Not even strong defence from the Yishun Town’s Misban sisters could stop them.

“Our rebounds, communication and teamwork were good today,” said Unity’s shooting guard Alayna (Unity #11). “By encouraging each other, we did well. When we made mistakes on court for other games, we would shout at each other but for today’s game, we made the effort to cheer each other on.”

The result meant Unity finished third and Yishun Town fourth in their group, sending North Vista and Christ Church through to the semi-finals, where they will meet Jurong Secondary and Singapore Chinese Girls’ School.