POL-ITE Netball: TP defeat NYP to move closer to title; NP still in with a chance 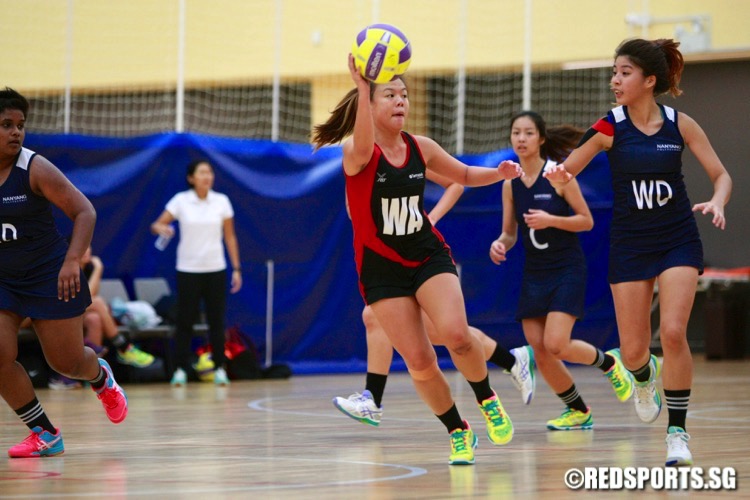 Their nearest challengers, Ngee Ann Polytechnic (NP), also won on the night, defeating Republic Polytechnic (RP) 46-33. NP had a comfortable lead at half time but RP threatened at the start of the third quarter with a scoring run. However, NP reasserted control to see out the win comfortably.

NP captain Evangeline Chia said, “The previous few games were intense for us. We are a relatively fresh team. Today (against RP) we were more calm when we started. It was a more stable game compared to other games. That’s why we managed to get a comfortable lead.”

Both TP and NP have identical 3-1-0 win-draw-loss records, but TP have a better goal difference of 73 compared to NP’s 49, giving them a 24-goal advantage.

RP were undefeated in three games ahead of their matchup against NP, but the loss leaves them with a 3-1 win-loss record, with a final game against TP.

While they cannot become champions, RP may still have a say in the final destination of the championship depending on how they perform against TP. If they defeat TP, NP will become champions if they beat SP who are winless.

The championship is going down to the wire because of the 41-41 draw between TP and NP last week.

TP vice-captain Petrina Chia said, “The game against NP was our best so far. In the first quarter, we were down by six goals. We managed to catch up and in the end we managed a draw. We were very happy after the game.”

Despite just one win and three losses so far, ITE have made an impression.

Recalling their 48-37 win over ITE, TP vice-captain Petrina said, “ITE are the dark horses of the tournament. They were a really tough opponent.”

Goal Shooter Lee Pei Shan of ITE stood out with her accurate shots. She contributed most of the points with only three misses in the game.

Pei Shan said, “Our team has made tremendous improvement throughout our POL-ITE season. Our team played much better both offensive and defensive wise. We became more confident in facing our opponents and our team bonded so much more. Even though I made many shots today, I felt like I didn’t play as well as my usual standard. I have to work more on my defensive rebounds.”

SP had a better first half and managed to intercept many passes.

Ling Min Yi of SP said, “We played well for both our first and second quarter but our team lost the drive during the third quarter and by the fourth, we lost our motivation which resulted in the loss. There were times in the game where we caught up but ITE widened the gap by scoring consecutively which resulted in us being demoralized.

“ITE had a better mindset than our team which allowed them to win. We definitely have to improve more on our scoring as we missed quite a few shots.”

Nurnadia Bte Azin of SP added, “Despite our loss today, I am proud of how far my team went. We managed to bond so much more and that we are fighting not for the victory but we are fighting for each other.

“I would say that we played so much better than the previous games. Our ball movement on court has improved tremendously which allowed us to have more attempts.

“ITE has been seen improving tremendously through out their season and they pose a threat to most of the teams here.”