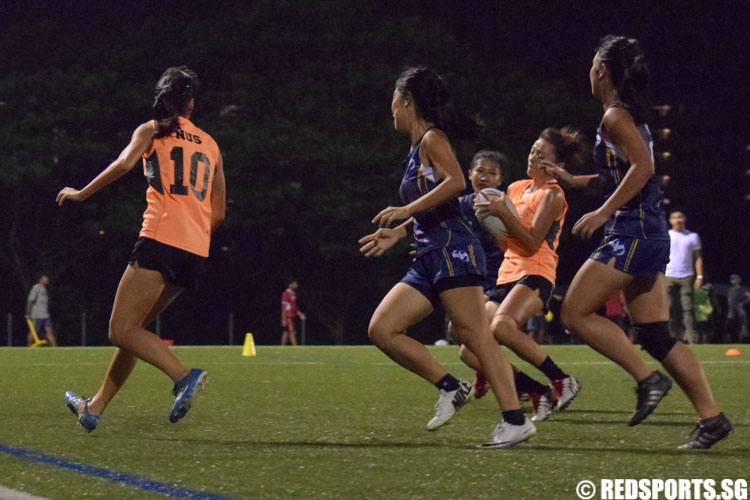 This was the first win for NUS after they lost their previous matches against Nanyang Technological University (NTU) and Singapore Institute of Management (SIM). SMU finished fourth in the four-team tournament.

SMU managed to score their first touchdown in reply but NUS retained their composure and their strong defence prevented SMU from scoring further. NUS had five more touchdowns to end the first half leading 7-1.

SMU fought back but were unsuccessful in the second. Good defence, teamwork and consistent passes allowed NUS to continue dominating the game to win 14-1.

NUS captain, Brenda Lee (#12), said, “Our best game was probably the last game. We had a rocky start in the season, but we did better today by grabbing the opportunities given to score.”

SMU captain, Shereen Teo (#11), was satisfied with the team’s performance and attitude during the season despite losing the match. “Watching the junior players step up during the match was a proud moment for me as a captain.”

Both NUS and SMU will next play in the Touch Association of Singapore championship to gain more experience and develop younger players.