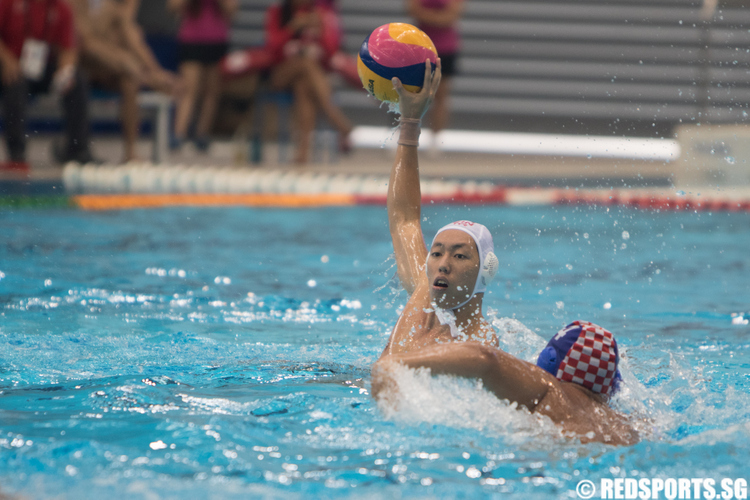 After their opening loss to Singapore, Indonesia beat Philippines (26-5) and Thailand (13-7) to qualify for the final.

The opening quarter of the final saw a flurry of seven goals. Indonesia led 1-0 before Chiam Kun Yang (#7) tied it up with 4:45 left on the clock.

Indonesia had a vigorous response in the second quarter, scoring two unanswered goals through Mavlana Bayo Herfianto (#5) and Brandley Igantius Legawa (#9) with 5:51 left on the clock to lead 5-4.

Singapore struggled to score, with their shots saved, hitting the bar, or just missing. In fact, Singapore did not score until there was 1:59 left on the clock through Jian Ying (#12) to make it 5-5.

Singapore then had a one-man advantage when Zaeral Arifin (#12) was penalised but they could not take make use of it.

Indonesia then grabbed the momentum, sneaking in a goal with 36 seconds left through Ridjkie Muua (#10) to give his team a one-goal, 6-5 lead.

There was however still time for a bit of drama. A goalmouth scramble saw the referee penalise Novian Dwi Putra (#13) and hand Singapore a penalty. Toh Zhi Hong (#9) scored the penalty with 15 seconds left to ensure both teams were tied up at 6-6 heading into half time.

Koh Jian Ying (#12) completed his hat-trick when his shot was deflected into goal at 7:31 on the clock. Jian Ying then scored his fourth at 5:33 to give Singapore their largest lead so far of two goals at 8-6.

Then came a series of missed Singapore chances. Isaac Chan (#6) had the goal at his mercy but missed, then Chow Jing Lun (#8) hit the post, followed by a Yip Yang (#11) shot that Novian Dwi Putra (IND #13) saved. With less than 30 seconds to go in the third quarter, Isaac missed another chance.

It seemed Singapore would take a one-goal lead into the fourth quarter but Rezza Auditya Putra (IND #8) stunned the home crowd when he squeezed in a shot between the keeper and the post with just five seconds to go to make it 8-8 heading into the final quarter.

With the gold at stake, the fourth turned out to be the lowest-scoring quarter with just three goals.

A late Zaeral Arifin (#12) goal with 15 seconds left could not prevent the Singapore win.

Good experience for them come here to improve
Almost everyone played