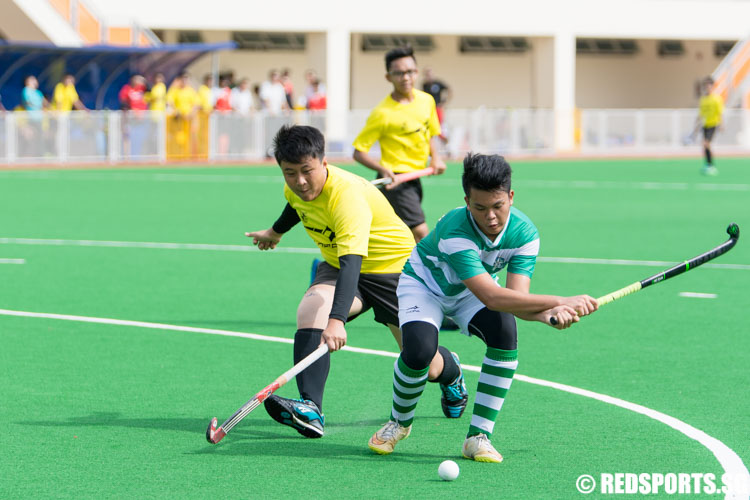 Both SJI and Woodlands Ring had qualified for the second round after a 2–1 win-loss record each in the first round.

In spite of the flattering scoreline, the game was in fact not one-way traffic. Instead, Woodlands Ring had their fair share of chances and SJI adopted an absorb-and-attack strategy which clearly played to their advantage.

SJI started brightly and scored all of their goals in the first half.

The first goal was a simple finish from Andre Rodrigues (#10), while the second was swept into the right corner of the goal by Rizk Dagfal (#12) from close range, which gave the Woodlands Ring goalkeeper no chance.

Andre Rodrigues (#10) added his second goal of the game with a shot from right inside the D, before Danish (#7) put the icing on the cake with a drive into the top corner after a flowing SJI counter-attacking move.

The game resumed in the second half with an abundance of attacking chances, but both teams spurned one after another to fail to add to the scoreline. SJI also had a disallowed goal in the second half, where So Kong Ho (#17) put the ball in from a penalty corner.

This win effectively strengthens SJI’s chances of qualifying for the semi-finals, as the top two teams in each of the Round 2 group standings will go through. In the other group match, Raffles Institution (RI) defeated Victoria School (VS) by the same scoreline.

A win for SJI when they meet VS in their next game will seal their semi-final spot. The SJI–VS encounter will be played on Monday, March 21 at the Physical and Sports Education Branch (PESEB). Woodlands Ring next meet RI on the same day and at the same venue.