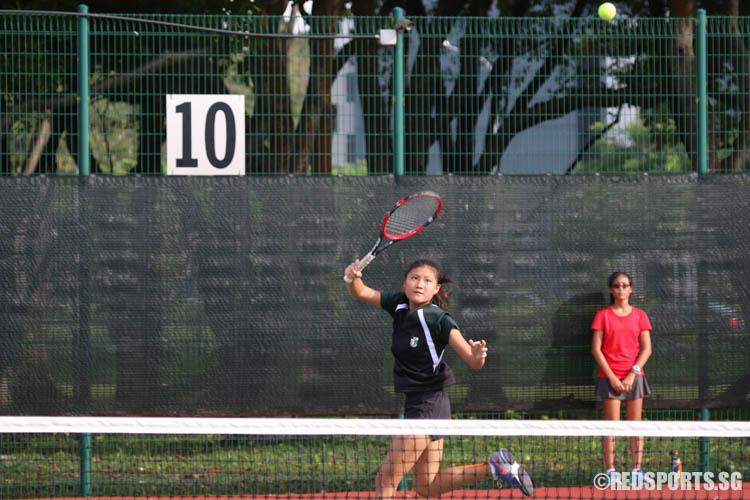 Jeovanne Canace Poernomo and Shirina Mulani’s victory against MGS’ Natasha Loh and Emma Collins in the second doubles match clinched the title. The RGS duo won 6-4, 6-4 to clinch the win.

Jeovanne said, “It was a good game but it was also nerve-wracking and the game was quite tight. I think we played really well.”

Shirina added, “This is the first time that we (Jeovanne and Shirina) played together and I think we played really well for our first try. Jeovanne is different from my usual doubles partner but it was good.”

When asked about the performance of her team, RGS captain, Meg Ang, said, “All of us put in our best effort and pushed through until the end even though many of us were feeling very nervous.

“Our confidence was quite low during the preliminary rounds but we slowly gained our rhythm and we really played our best in the final. So we really progressed well as a team.”

MGS captain, Elizabeth Lee, commented, “Today’s games wasn’t really what we expected. We got an unexpected draw but we still played our best. Although we didn’t win, we still put in our hundred percent into the games so we are also satisfied with the games. We have also been improving throughout all our games so that is also good.”