IVP Bball: SIM edge out NUS 81-78 to qualify for final 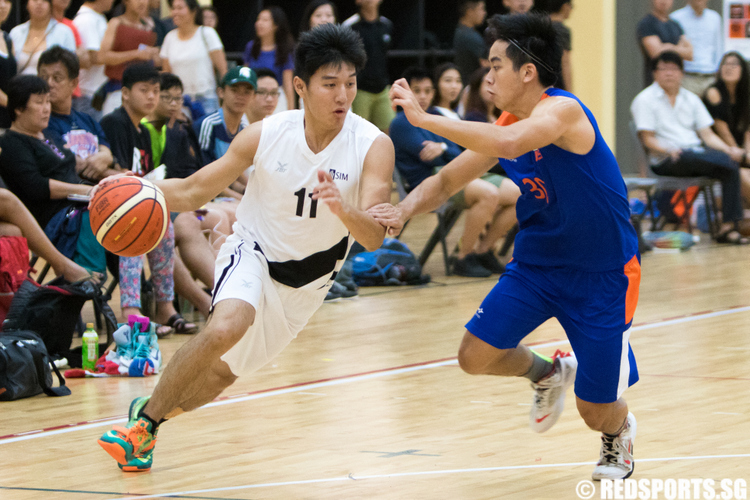 An intense start saw both teams scoring 3-pointers as they kept each other in sight. SIM constantly drew fouls from NUS, giving themselves free throw opportunities.

As the game progressed, NUS played at a slower pace to dictate the pace and slowly pushed back SIM’s defense and they trailed by four points (35-39) at half time.

NUS had their best quarter in the third when they caught up with and outscored SIM 28-19. The quarter was also highlighted by a Lim Shengyu (NUS #12) dunk that made the crowd go crazy as NUS took a 63-58 lead into the fourth.

In the fourth quarter, SIM caught NUS and both teams found themselves at 75-75 with three minutes to spare. SIM were able to pull away as they drew fouls from NUS to free throws and eventually wrap up the 81-78 win.

SIM captain, Richard Neo (#7), said, “We were hungry for the win as we were complacent during the SUniG (Singapore University Games) season. We managed to play all out today. Our team did really well, be it offense or defense.

“NUS on the other hand played well too. We intended them to take more of inside shots instead of taking outside shots and they shot well too.

“As for the finals (against Temasek Poly), it would be a 50-50 game. It sure is going to be tough as we are playing with young people and they run with energy,” added Richard.