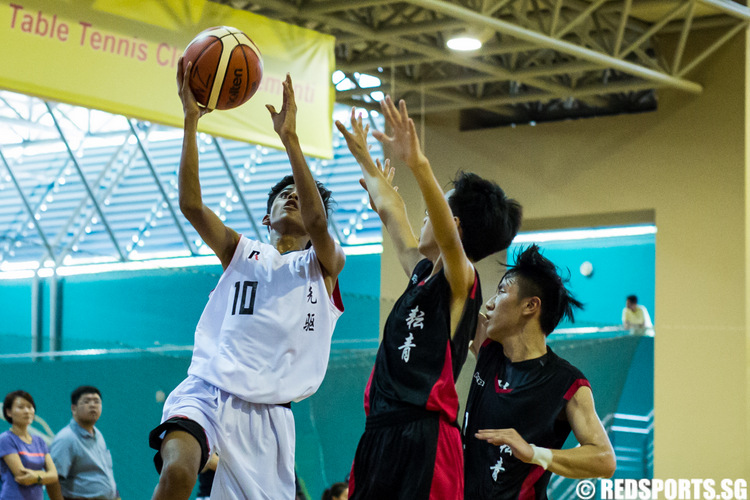 Group A
School of Science and Technology notched an overwhelming 79–7 victory over Fajar Secondary, while Jurong Secondary and Chua Chu Kang Secondary followed with 60–8 and 56–21 victories over Greenridge Secondary and Juying Secondary respectively.

Group B
While Nan Hua High had a relatively easy game against Westwood Secondary, beating the latter 48–14, Bukit Panjang Government High did not have it easy, as they eked out a three-point (45–42) win over Unity Secondary. Unity were top-four finishers last season.

Group C
Hwa Chong Institution, led by Neo Beng Siang, head coach of the men’s national team, managed to edge out Jurong West Secondary 31–30 through a decisive basket in the dying moments of a game that was tightly-contested through all four quarters. Boon Lay Secondary, who finished alongside Unity in the top four positions last season, defeated Clementi Town Secondary 59–30 to record their first victory.

Group F
Both Jurongville Secondary and Assumption English School pulled off easier victories against Zhenghua Secondary and Bukit Batok Secondary, defeating them 42–16 and 35–14 respectively. Yuan Ching Secondary, however, only managed to pull away in the second half to defeat a gritty Pioneer Secondary 28–18.

Day two of the championship continues on Tuesday, June 30 at Clementi Sports Hall. Games will commence at 11.30 a.m. and teams from groups D, E, G and H will look to record their first victories of the season.