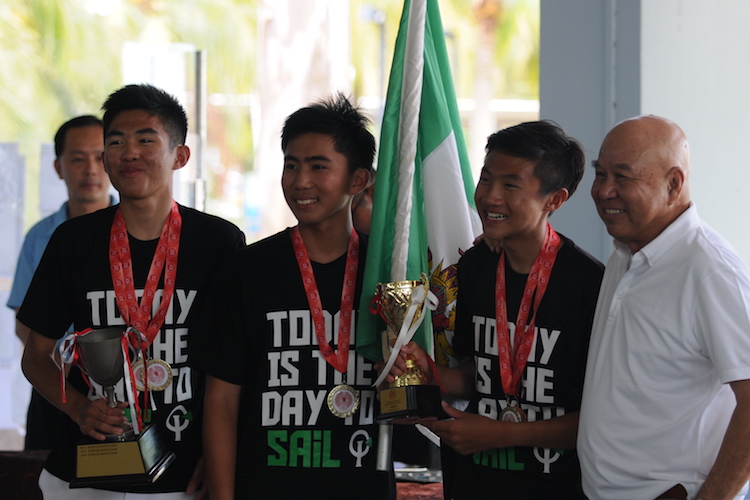 On Thursday, the B Division boys’ category saw a protest by RI’s Lu Junrui against ACS(I)’s Matthew Lau for allegedly infringing Rule 11 in the fourth race. Rule 11 states that: when boats are on the same tack and overlapped, the windward boat shall keep clear of the leeward boat. As such, Matthew was disqualified in Race 4.

ACS(I)’s Matthew Lau lodged another protest on Friday, detailing RI’s Lu Junrui taking an extended amount of time to exonerate himself after failing to give way to Matthew in the last race. However, the case was dismissed and Junrui was not disqualified.

Even though each school may send up to ten sailors, only the top three sailors will contribute points to the school’s team points. A low-point scoring system is utilised, and the fewer the team points a school garners, the better their position.

The sailors had to compete in the Byte class on the Charlie course, which was on the waters off the PA East Coast Sea Sports Club. On their two days of racing, the sailors enjoyed sunny weather and good winds ranging from six to 12 knots, which helped combat the ripping downwind current. However, in the late afternoon of the first day, there was a passing rain cloud which temporarily put racing on a pause.

The sailors managed to complete five races during the course of the regatta. Upon completing five races, they are allowed to discard their worst race, and only their best four races will be considered.