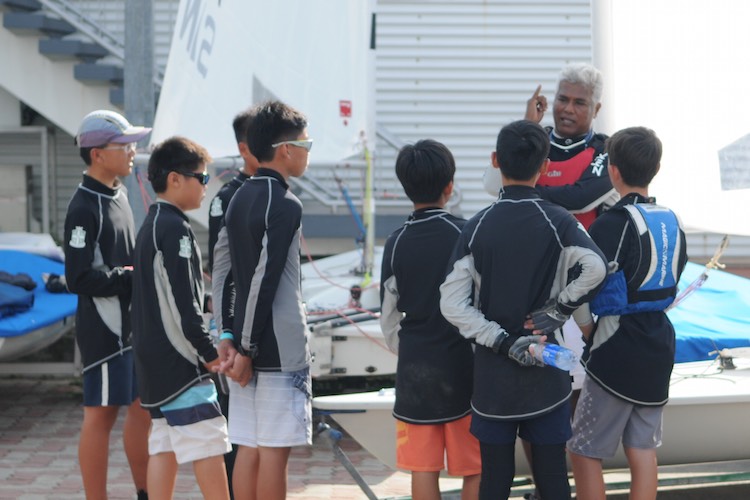 St. Joseph’s Institution’s sailors receiving their daily brief by the coach. In this briefing, they discuss the weather conditions and sailing tactics. (Photo © Benedict Teo/Red Sports)

The sailors faced similar conditions to the first day, with a moderate five knot breeze and strong currents flowing downwind. Like yesterday, the sailors had to respect the current while sailing upwind, as it played a big role in the decisions and tactics in the upwind leg.

After two days of racing, the final standings of the A Division boys, S Division boys, and C Division boys and girls have been decided. A protest hearing between two boats – Chin Jia Xuan and Natalia Ngoc – in the C Division girls’ category slightly delayed the release of the results.

Tomorrow, the B Division boys and girls, and Junior Division (Primary) boys and girls will commence their races to determine their standings. On the following day, the champion trophies will be awarded to the top schools of each division.