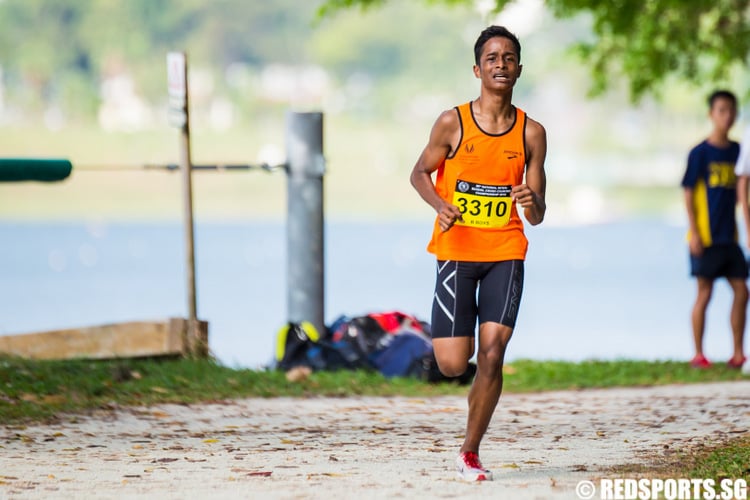 Isaac Tan from Anglo-Chinese School (Independent) followed behind with a timing of 16 minutes and 14 seconds, while Mohammad Shafiq Anshad from St Joseph’s Institution clocked 16 minutes and 32.8 seconds to finish third.

Ierhan started the 4.6km race behind Isaac and was initially also overtaken by Shafiq and third runner-up, Brandon Quek. He maintained his pace and overtook Isaac only at the last kilometer.

He added, “It was a close race (between him and Isaac). I felt the start of the race today was a lot slower than last year’s race and that’s why I only felt tired after the uphill run. I feel very happy now because it is my first win in cross country.” Ierhan finished in second place last year.

The Singapore Sports School student will be competing in the 800m and 1500m events in the upcoming National Inter-School Track and Field Championships.

“The start of the race was a kind of slow, and after the turn, the pace got much faster, so I tried to follow. At the last part of the race, I was probably not as mentally prepared and hence I couldn’t keep up,” said ACS(I)’s Isaac Tan. “I thought I could do much better, but I’m still quite satisfied.”