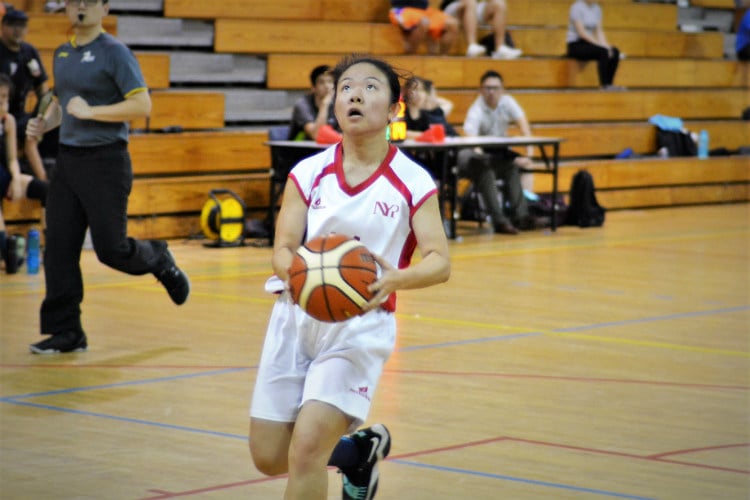 ACSO captain, Tan Ee Leng (#11), commented, “Definitely, there are a lot of things we can learn from this game. It may not be our best game but I think every game is always an opportunity for us to find out what we can work on for the next game and also for us to work together as a team regardless of what happens on the court. Due to injuries, some players being unwell and other commitments which may have affected our performance today, regardless, we will work harder for the next game.”

ACSO got off to a good start. Megha Joshi (ACSO #4) got a steal and went coast to coast to get the first basket of the game. However, NYP stepped up their defensive efforts and went on a run. NYP quickly increased their lead causing ACSO to panic as they committed turnovers after turnovers. NYP were able to capitalize on these turnovers and converted them into points as they led 18-9 after the first quarter.

Going into the second quarter, ACSO increased their defensive efforts and were able to get stops. They converted those into transition baskets and with a three-point shot by Neo Yingqi (ACSO #2), ACSO were able to cut the NYP lead down to two.

The NYP coach called for a timeout in an attempt to break the momentum of ACSO and it worked to perfection. After the timeout, NYP were able to regain composure as Lynette Khoo (NYP #13) knocked down the next three shots to secure the NYP victory.

Lynette Khoo (NYP #13) said, “Our coach called a timeout to stop their momentum and when we went in we were able to up our defense. In a way, while he scolded us during the timeout, it served as a wake-up call as to how we were playing down the stretch and it kind of jolt us from our bad plays to secure our win.”